Home » About Jamie » my nine by deisgn secret First of all, Have you seen this show…
it rocks 🙂 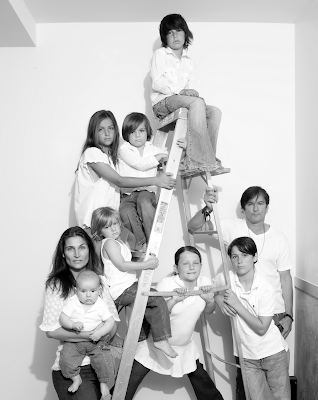 Secondly,[not to brag] BUT I taught the twin girls (Bellamy and Tallulah) gymnastics in NYC at NYC Elite! Yes, they are adorable and sweet little girls…the whole family is lovely! Their first home re-do was on Thompson street in SoHo, which just happens to be the same street the gym is on!

Here was their Thompson St. home I walked by everyday: 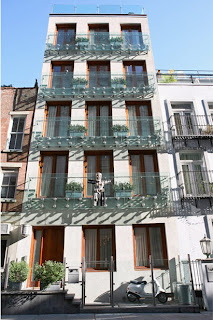 This is an excerpt from the 9 by design blog:
[written by Bob, the dad]
OUR SIX [now 7 kids] KIDS NAMES…
1. Wolfgang (12) – named after Wolfgang Mozart (Novogratz is Austrian, as is Mozart)
2. Bellamy (11) – French name, meaning beautiful friend
3. Tallulah (11) – Cortney is from Georgia, very southern name, ie. Tallulah Bankhead
4. Breaker (9) – named after Harry Breaker Morant from the Australian movie Breaker Morant. He was a scholar, a poet, an opera singer, a soldier, and the best horseman in all of Australia (he broke all of the wild horses)
5. Five (4) – He was obviously our fifth child…
6. Holleder (4) – named after Don Holleder, an All American quarterback at West Point. He was killed in Vietnam in a very heroic act of saving his own men. He was loved by my Pops and all that new him. His guys nicknamed him Holly, and we did as well.
7. You’ll have to watch next week’s episode to find out… [they named him Major!]
« C.R.A.F.T. # 46: Grey Scale Quilt
C.R.A.F.T. #47: Desk Makeover »