Halloween 2014 rocked the DIY Halloween costumes! I’m always so impressed and inspired and just want to high five everyone who makes their own costumes. And take their pictures, ha!  There were darling DIY Thelma and Louise costumes, a punny french press, and even a few Sriracha bottles! Andy and I went as Crown and Coke to 3 Halloween parties last week! Grammy or Bubbie, my mom is confused about her grandma name, came to babysit her favorite (and only) grandson on Friday night so that Andy and I could enjoy a baby free evening dressed up like beverages (good thing Maxwell’s parents are so mature?!).

We once again attempted the glow in the dark stick figure costumes. I’ll share the truth about glow in the dark stick figures soon (sneak peek). Last minute, we threw on the DIY Crown and Coke costumes from Wednesday night and called it a day! Oh and if you are new here, here’s Halloween 2013 and Halloween 2012. And not to worry, our son did not miss out on Halloween excitement, here are his 6 DIY baby costumes! 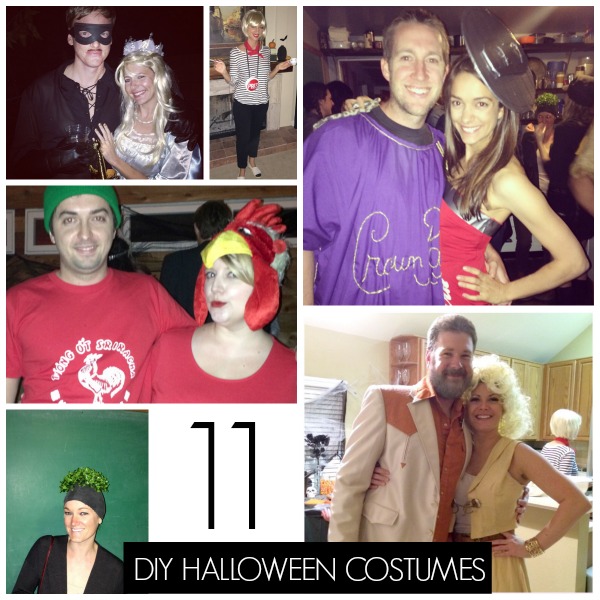 We’re lucky and have super crafty and creative friends… so I thought it would be fun to share some of their genius DIY costume ideas! Tabitha put together a super clever costume. Can you guess what she is? 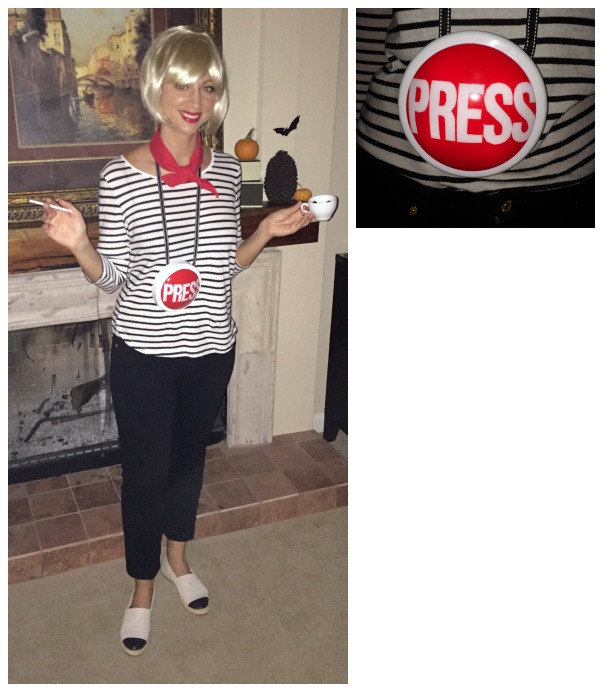 She even made her “Press” button out of a stick on light, like this

! Tabitha used stickers to spell “Press”, taped the outside of the light, and spray painted the entire thing red! Pretty clever, huh? Oh and if you still don’t get it, she was a french press! If you guessed right, she offered you a chocolate covered espresso bean from the cappuccino cup in her hand! Interactive costumes are pretty fun! Here’s another DIY couples costume that kids of 80’s will appreciate: 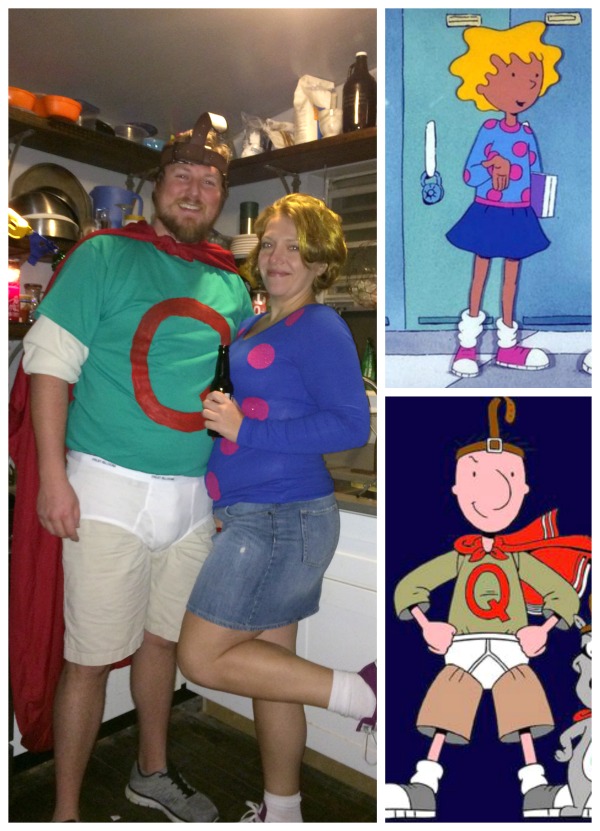 Quail Man and Patty Mayonnaise from the Nickelodeon cartoon, Doug! I kind of loved that show. And Rugrats too. Although, I was not a fan of Ren and Stimpy. One of the hostesses with the mostess, Rachelle and her roomie, Kim (Happy 30th!) whipped up this clever couples costume from a 1991 movie, Thelma and Louise! They even DIY’ed the cardboard car! 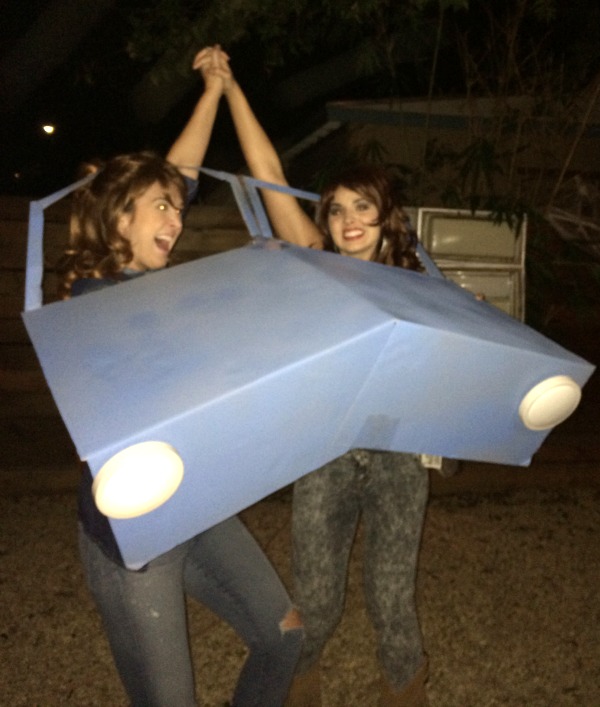 Here’s a better picture of Louise (and the coke can and french press)! 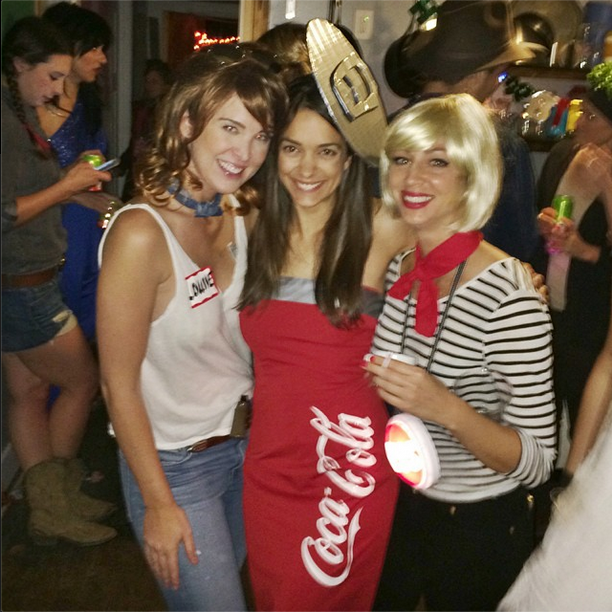 Also in attendance were 2 Sriracha bottles! 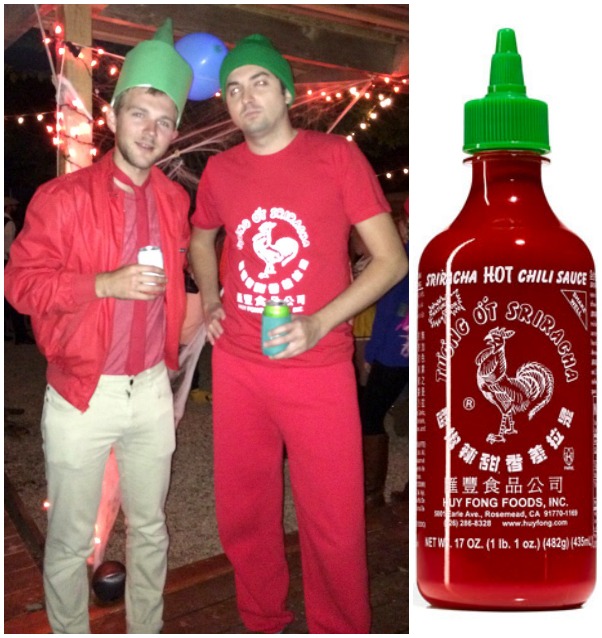 And how cute is this? A Sriracha bottle and Rooster as a couples costume keeping things spicy! (Last year Rick and Emily were the stars of the movie, The Birds!) 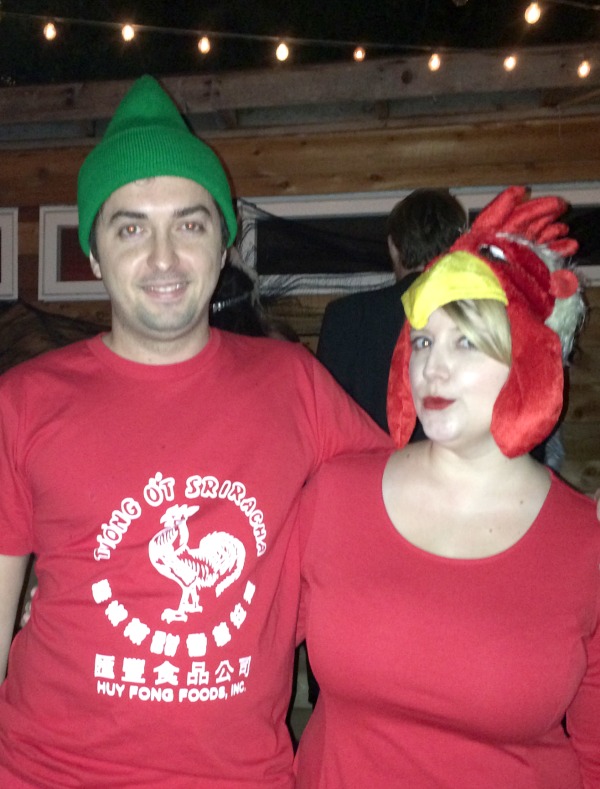 We also had a New York City tourist that stumbled into the party (here’s our friend Sabin as a tourist a few years ago)! 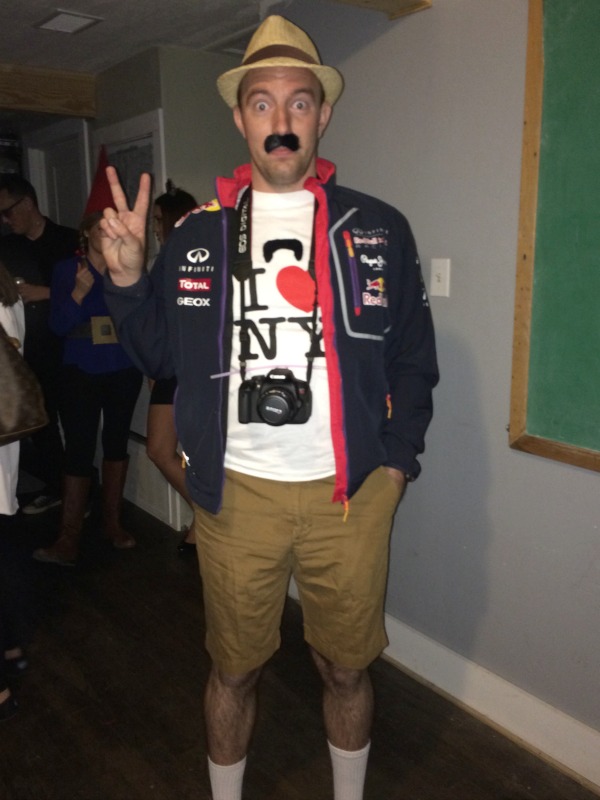 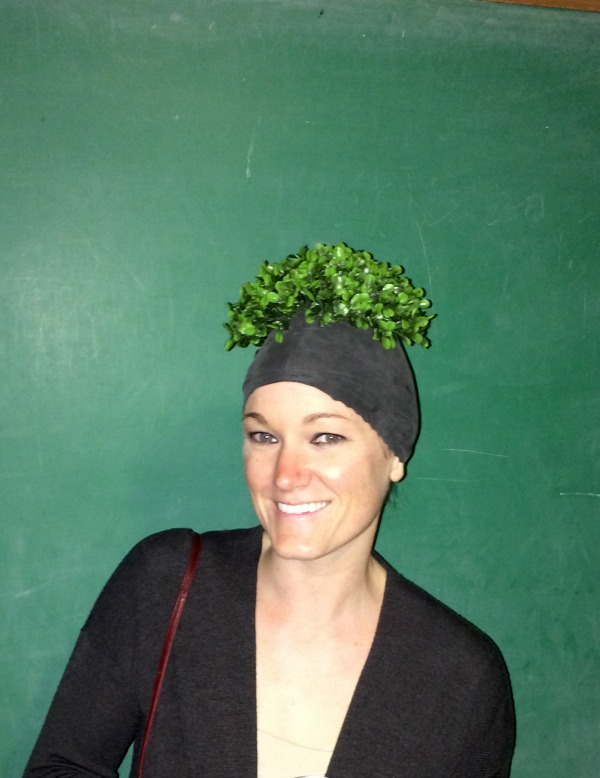 And who doesn’t love the movie, The Princess Bride? How cute are Buttercup and Wesley?! 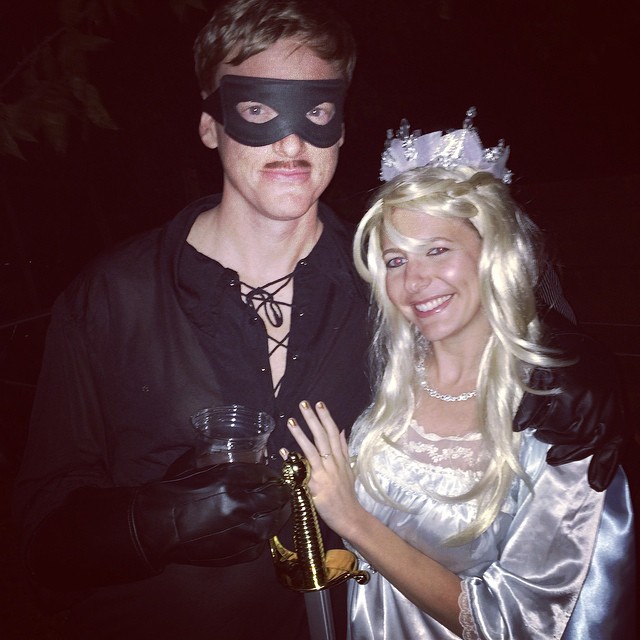 I’m not going to lie, I suck at pop culture and have never even heard of this movie, Moonrise Kingdom. But, after a quick google search they clearly nailed the Moonrise Kingdom couples costume! And I need to see this movie! 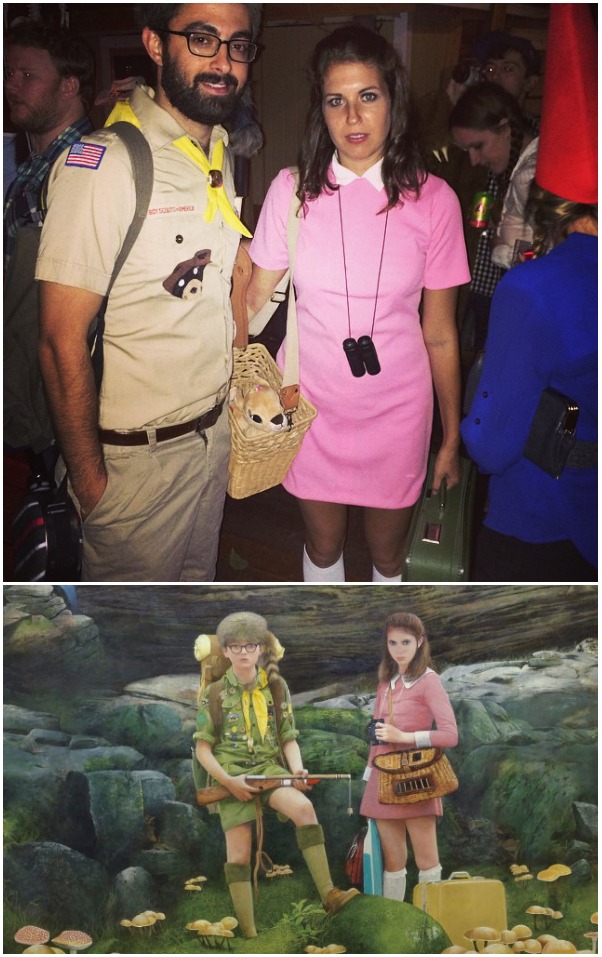 And last but not least, the hostesses of Halloween par-tay numero dos, rocked Dolly Parton and Kenny Rogers. Seriously! How awesome do they look?! 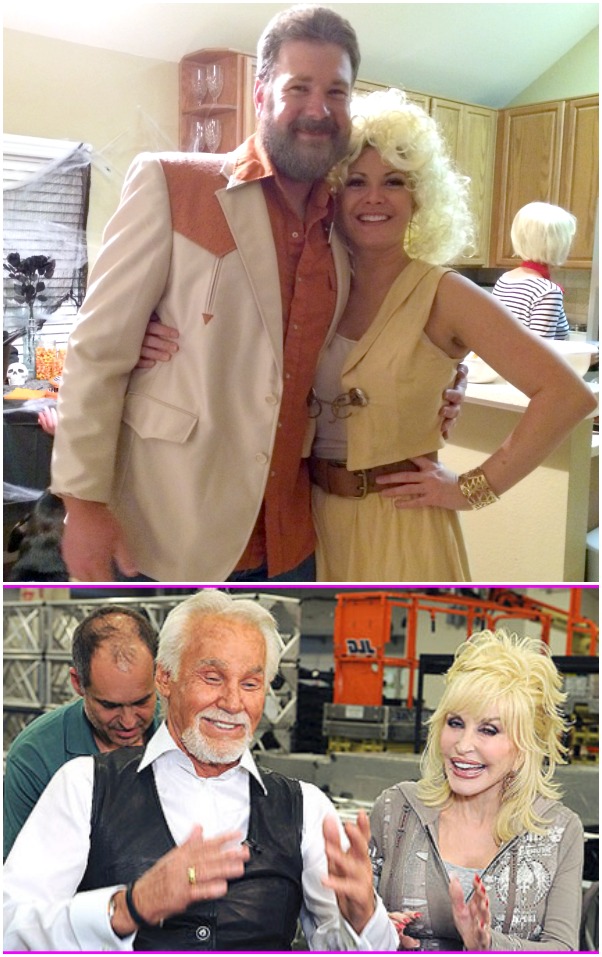 And just for fun, here’s the Coke can, Buttercup, Rooster, and Louise getting photobombed! 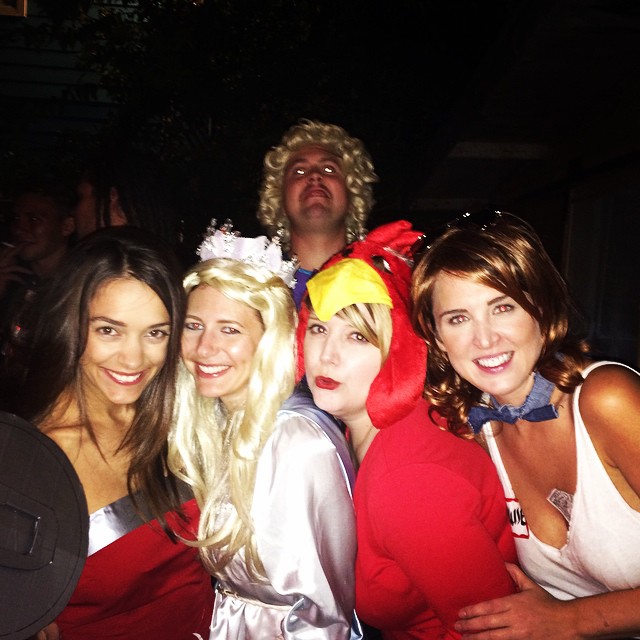 I hope everyone had a safe and happy Halloween! And have you ever seen the movie, Moonrise Kingdom? Did you love the cartoon Doug? Did you guess Tabitha’s french press costume? I’d love to hear…