There are only 359 days until Halloween 2014! I’m already getting exciting, ha! And I’ll have a 7 month old bambino to DIY up another costume!  And Halloween is on a Friday night, which is always good. Anyhow, my party throwing friend, Rachelle, threw one heck of a Halloween/ b-day for her roomie bash last Thursday. I wanted to share all of the awesome DIY costumes with y’all! Here’s Andy, me, and the squirrel in our homemade Halloween costumes. I’d say only 60% of people knew who Bob Ross was, and if Andy wasn’t standing next to me, people were kinda confused about what the heck I was, ha! Oh well, I love Bob and our squirrel! 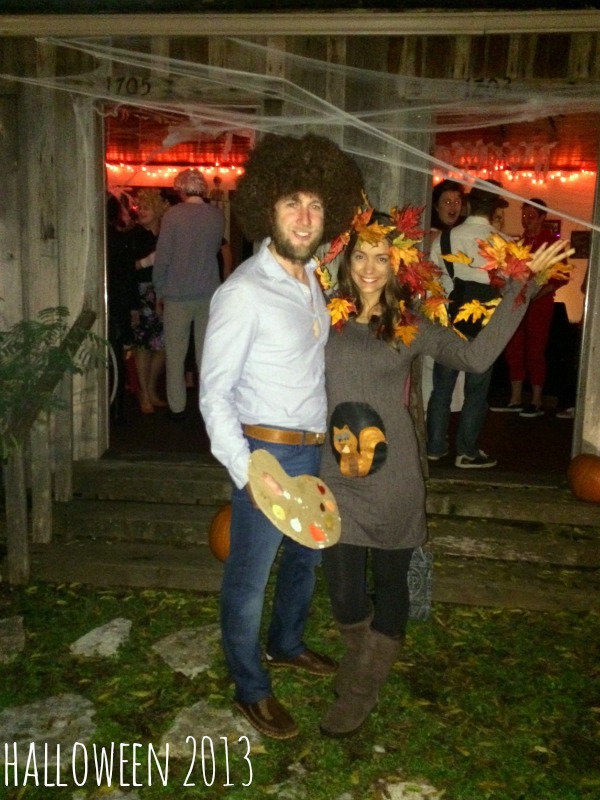 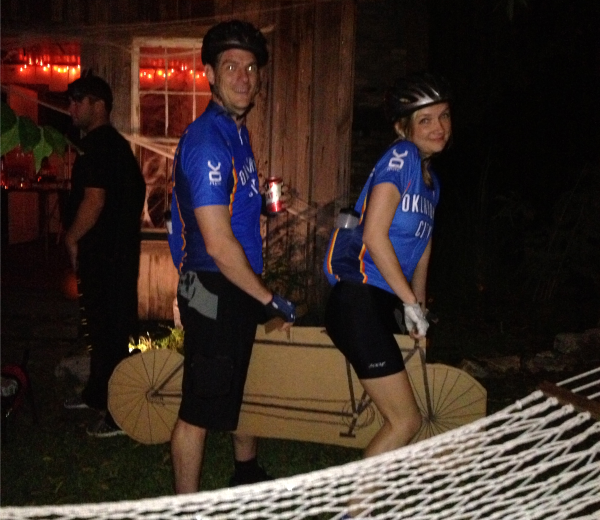 One of my personal faves was a fellow prego’s unicorn costume! Check out that little horn poking through the belly! Oh, the cuteness. (Here are 22 more DIY pregnant Halloween costume ideas!) 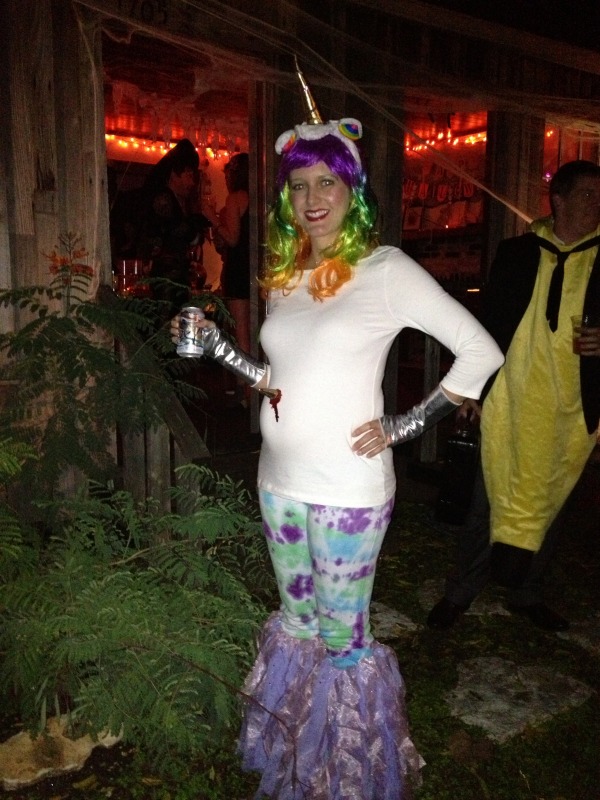 The hostess with the mostess, her boyfriend, Andy, and her sweet pup, Gigi, were the 3 amigos! They rented their costumes from the most awesome costume store in all of the land, Lucy in Disguise, here in Austin. Pretty dang cute, if you ask me! 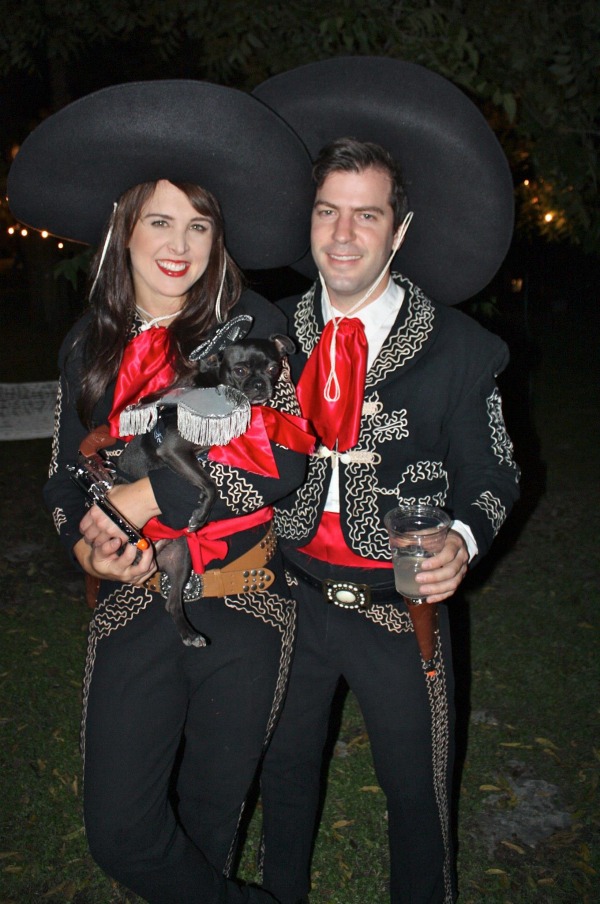 Rachelle is the queen of costumes, and I must show you the costume she wore to work the day before. I already posted it on my instagram feed, it was so cute! It’s Elliot and E.T.! 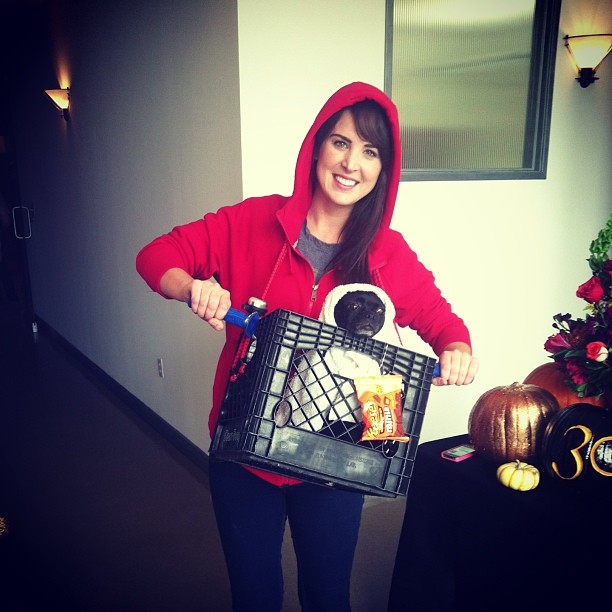 Speaking of clever friends, Sabin (who was a DIY tourist costume a few years back) and Tabitha, were Batman and Indiana Jones this year. 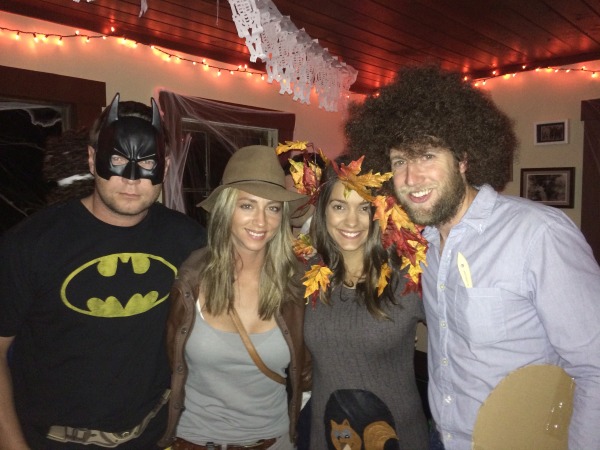 The best part was that there was another Indiana Jones couple at the party and John crafted up an Arc of the Covenant and brought a girl to fight over, ha! 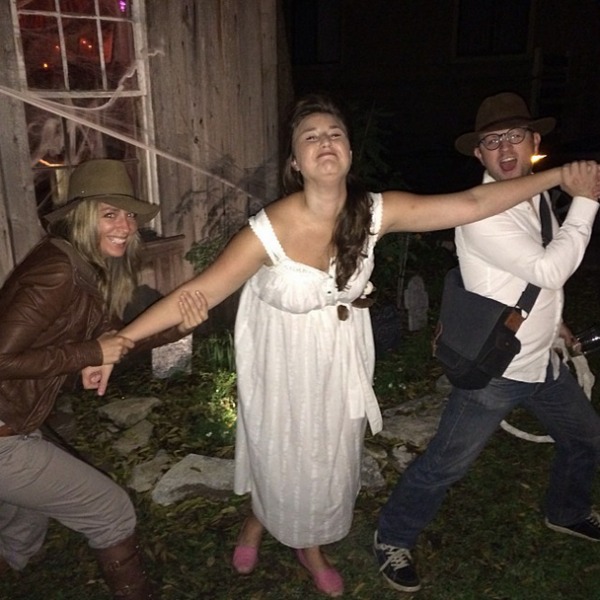 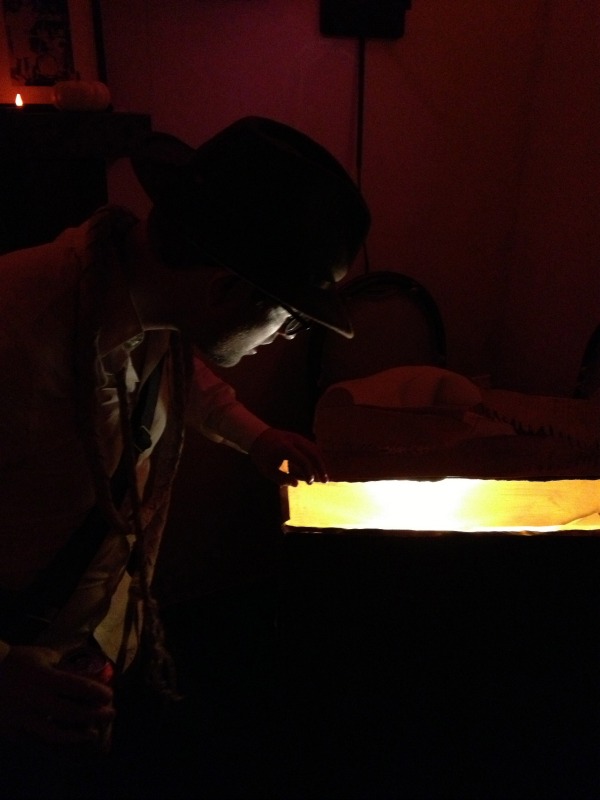 Besides being graced with the presence of 2 Indiana Jones’s, Batman, and Bob Ross, we had lots more famous people show up… Here are Kayne West and Kim Kardashian… 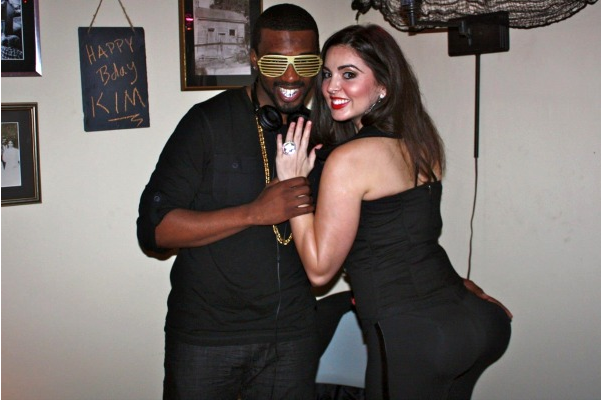 And M.I.A. the rapper even made an appearance!

Oh and the star of the movie, “The Birds”. Emily’s pose is awesome.

What were you and the kiddos for Halloween this year? Did you DIY costumes? I’d love to hear…

Psst… here’s the low down on Halloween 2012. And just for fun, here are 29 more DIY adult costumes and 29 DIY kid costumes!