My 4 year old son recently made the switch from DUPLO bricks to LEGO bricks, and he’s obsessed! To be fair, he still enjoys his DUPLO bricks, but these 3 in 1 LEGO sets are his absolute favorite.  I wasn’t surprised at all when he declared he wanted to be a LEGO for Halloween. We like to do family costumes around Casa de Dorobek, so I made 4 DIY LEGO costumes. These LEGO costumes might be the easiest costumes I’ve ever made and each one literally takes about 15 minutes, minus dry time!

Here’s what you need to make DIY LEGO costumes

How to make LEGO Costumes

Use a regular paid of scissors to cut the plastic cups. I cut each cup to the line at the bottom of the cup to ensure that all of the cups were the same height. 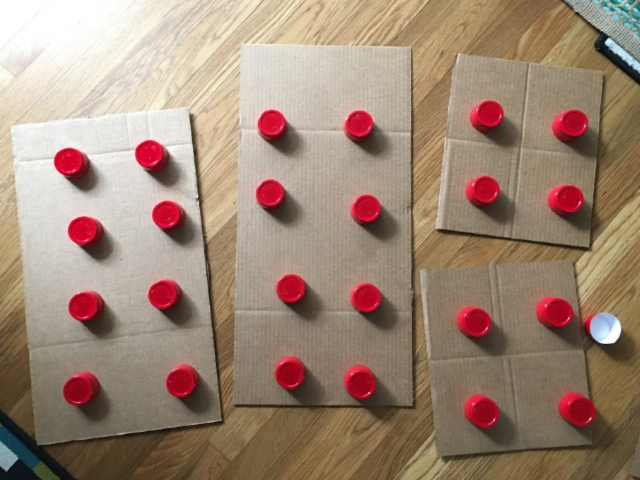 Make sure to use the low heat setting on your hot glue gun. If you don’t have a low temperature hot glue gun, you can use a high temperature glue gun but it will melt the rims of the cups. I set the cups up on the board to look even to my eye and then used a pencil to mark around each cup. That way I could easily see where to set each cup down after I put a ring of hot glue around the rim. 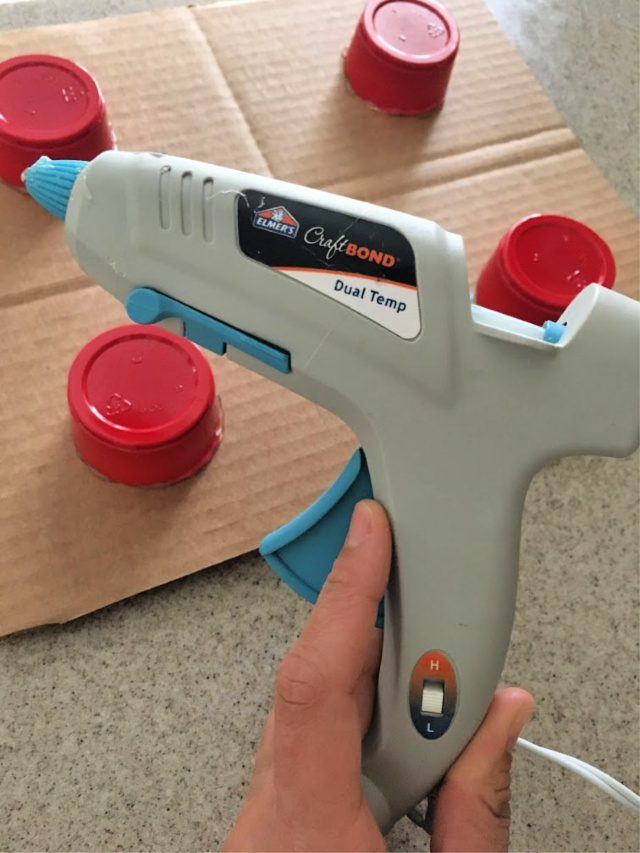 This is the fun part! It’s time to bring the cardboard and plastic cups to life! Each one will need at least 2 coasts of spray paint, and the yellow LEGO costume needed more. 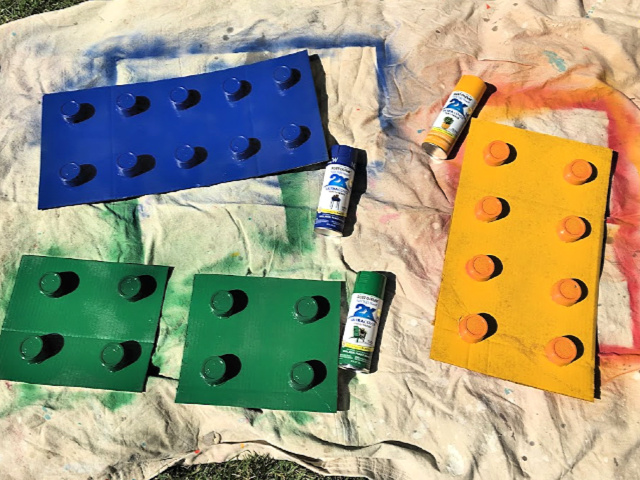 I typically use the straps from an old reusable grocery bag, but ribbon would work perfectly too. For the kids costumes, I hot glued the useable straps to the backside of each board to make a sandwich board for each kiddo to wear over their head. For the adult costumes, I made the LEGO bricks a giant necklace. 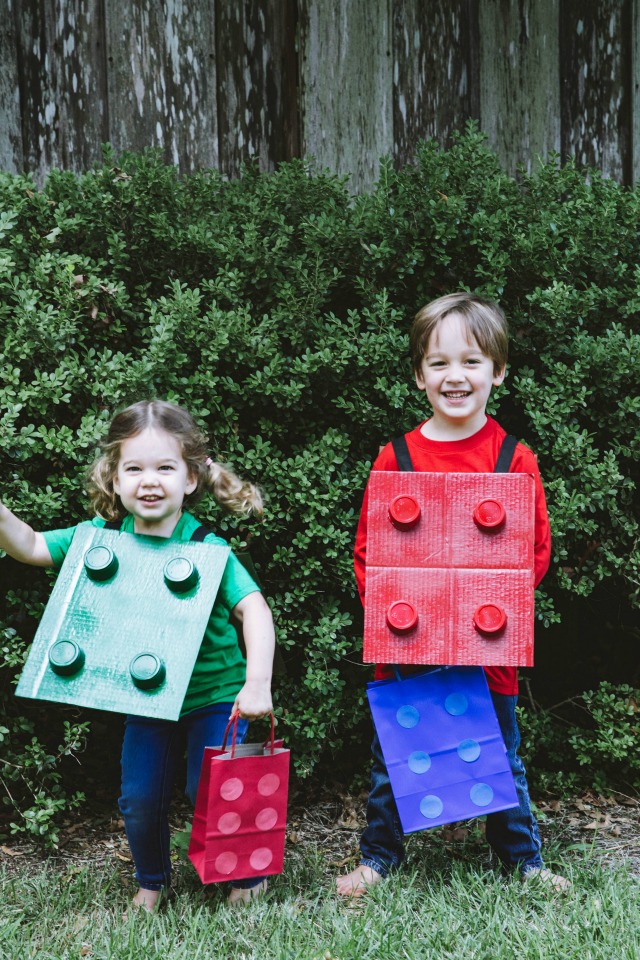 Once the straps are added, you’ve got the cutest little LEGO Halloween costumes you’ve ever seen! Oh and the LEGO treat bags are beyond easy to make. I bought a reed and blue paper gift bag at Target and added 6 construction paper dots with glue!

If you’re on the hunt for more easy DIY Halloween costumes, don’t miss these posts: