The holidays are right around the corner, and I Spy jars would be an awesome gift for any kiddo in your life. Also, perfect for car rides or, my current favorite use: my secret dinner making weapon. (Yes, you read that right!)

Here’s the deal, I keep the 5 I Spy jars on a shelf the kids can’t reach in our living room. Naturally, since the jars are not readily available, the kids want them all of the time! It’s become routine that when I start to get dinner together around 4:00pm they get a snack and all 5 I Spy jars appear on the kitchen counter. It’s party time in the kitchen. 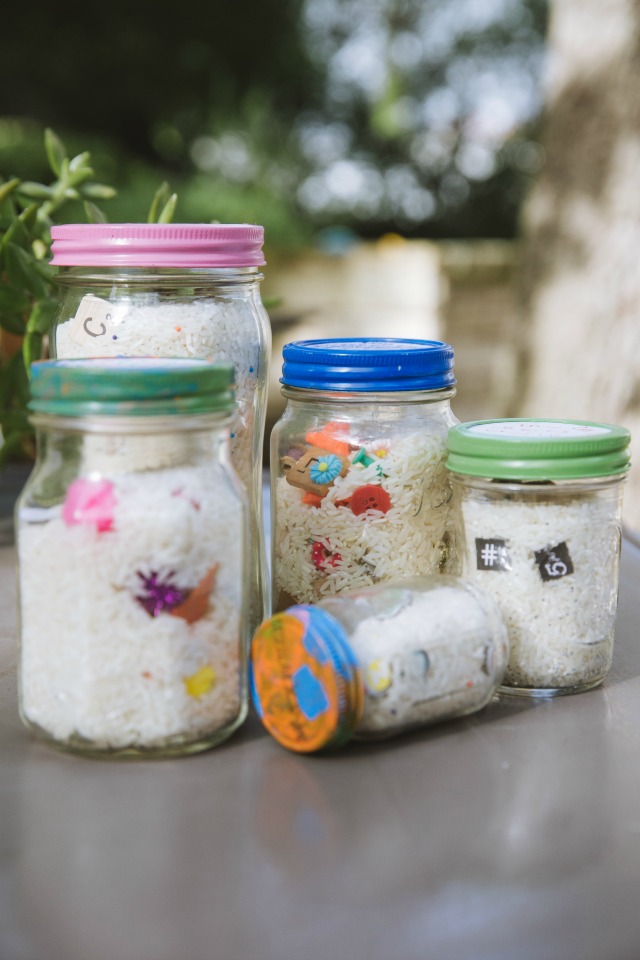 How did we end up with 5 I Spy jars, you ask? Welp, the first 2 were generic I Spy jars where you find tiny things like google eyes, colored buttons,  and the letter “M”. I had to make 2 since I have 2 kids. But, Maxwell was having so much fun finding the letters that I decided to whip up a 3rd I Spy jar specifically for the alphabet. I used a Ball® Sharing Jar, and added all 26 letters of the alphabet. Psst… did you know that for every package of Sharing Jars purchased, Newell Brands will donate 4 meals in partnership with Feeding America!

The 4th I Spy jar happened because Ball® Mini Jars that were perfect for a “Maxwell” name I Spy jar. Not to mention, he is really into spelling his name as of late. After thinking about it more, Maxwell actually loves numbers even more than letters, so I had to make him a number I-Spy jar too.

How You Need to Make I Spy Jars:

How to Make I Spy Jars

First, Maxwell painted the lids of the jars. He used one paintbrush and went to town with multiple colors. I  might have helped him paint a few of the lids. 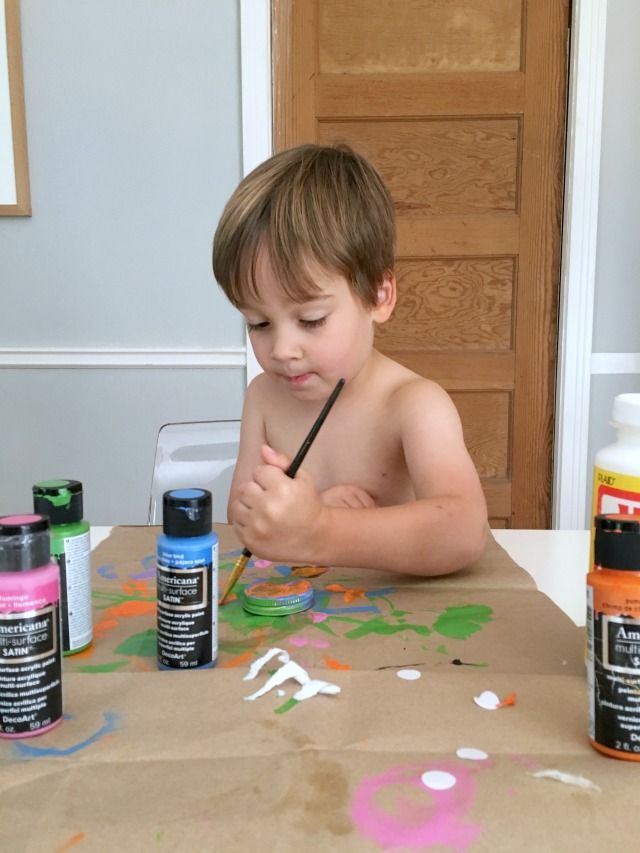 Maxwell is working on the lid for the Ball® mini jar below! This is the only jar that comes with a one peice metal lid. 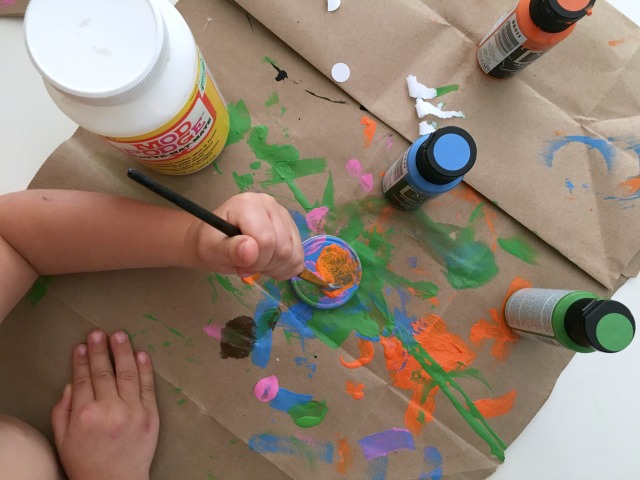 Now it’s time to put the I Spy jars together! I did not even use a funnel since the rims of the jars are nice and wide. I poured the rice straight from the bag into the jar. For the generic I Spy jars, I filled the jar about a third of the way with rice, and then added a few trinkets, sprinkles, more rice.

Trinket Ideas for I Spy Jars 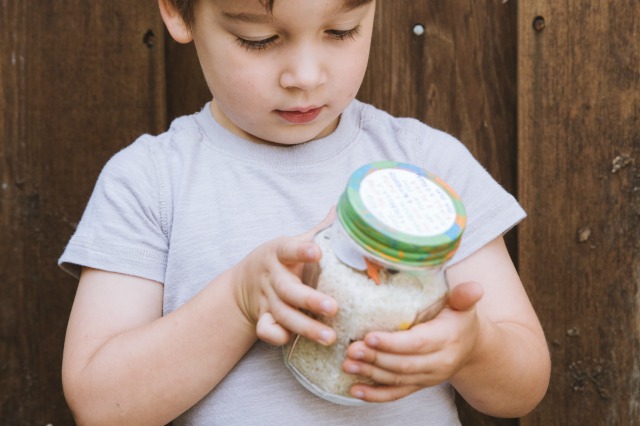 For the non generic I Spy jars, I used these card stock number and letter stickers I had on hand. I stuck the stickers to themselves so the letter would be double sided. If I had not had these on hand, I would have likely ordered something similar to these on Amazon. 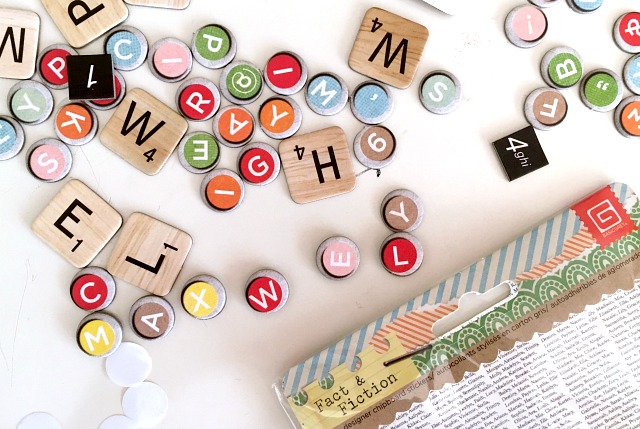 After the jars are filled with rice and goodies, the last step is to use an index card to make the list of what is inside the jar. Lay the flat metal lid face down on an index and trace the circle. Next, cut the circle out with scissors. Use this circle to write what is inside of each jar! As you can see below, for 3 of my 5 jars I did just that! For the alphabet jar, I got fancy and painted multiple colored index card circles. For the mini “Maxwell” jar I let Max paint the lid and stamped “Maxwell” on the top. There is no wrong way to do this part! 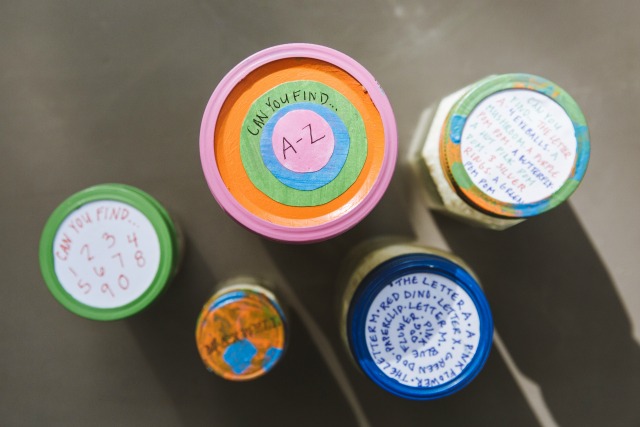 Here’s another shot of the lids. 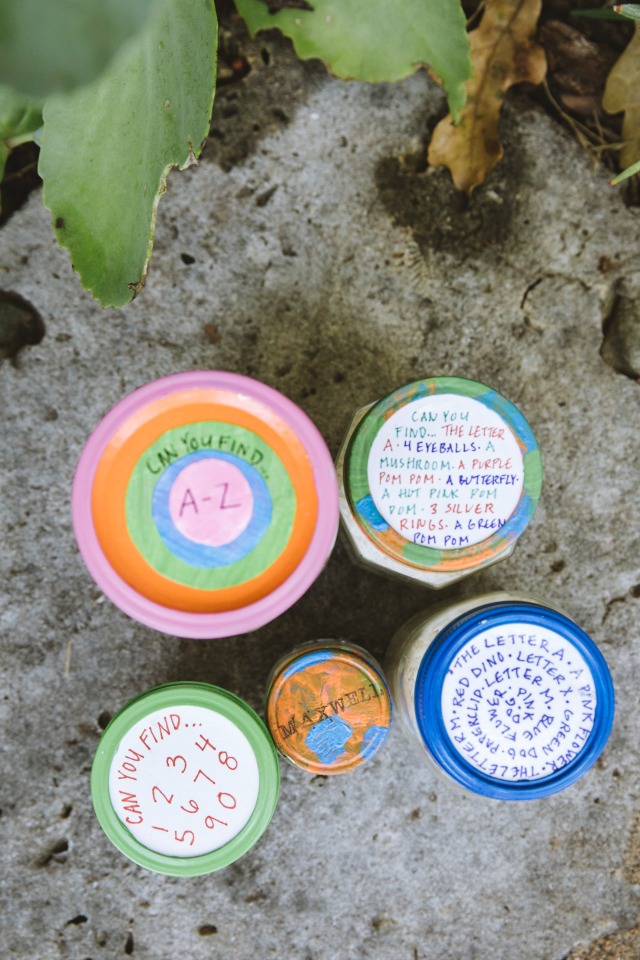 So fun, right?! How long do you think the I Spy jars will stay special and continue to be my dinner making secret weapon?! 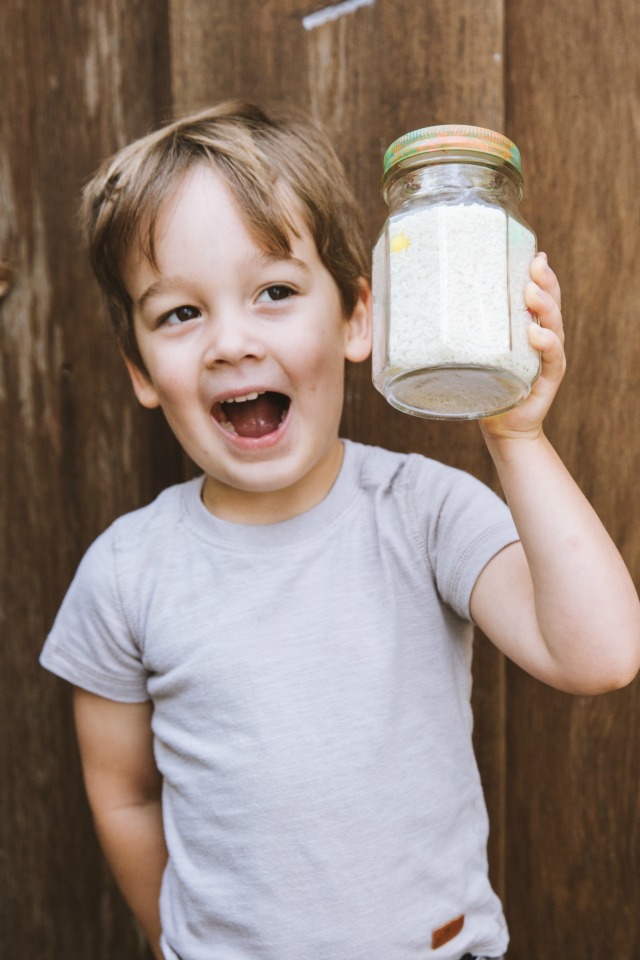 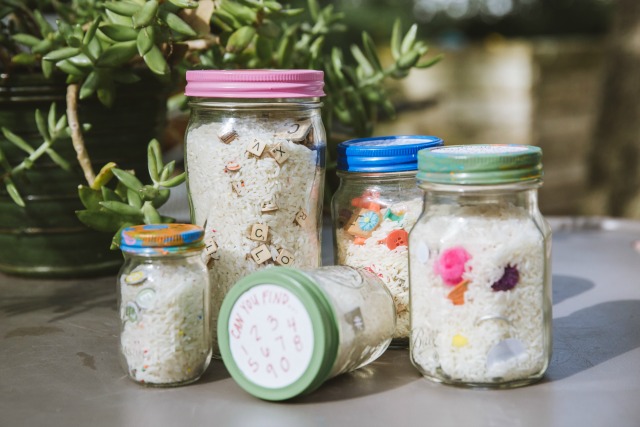 What do you love to craft with mason jars? I’d love to hear…