This post was sponsored by Elmer’s. All opinions are my own.

Max and I make slime on the regular so when Elmer’s asked me to share a seasonal slime recipe, fluffy white snowman slime was a no brainer! We made extra fluffy, “sprinkle” slime, as Maxwell calls it, and packaged it up in cute snowman jars to hand out to Max’s classmates in preschool. Oh and by sprinkles, he really means glitter. We also added cotton balls to the slime to make it extra snow like.

We always use the same basic slime recipe with contact lens solution that I posted about in April, but this time we added cotton balls and glitter for a fun winter effect!

To Make Snowman Jars You Will Need

To make the fluffy snow slime, first pour out one bottle of Elmer’s White School Glue into a container. Next, add ½ tbsp of baking soda and mix thoroughly. I always mix with the metal tablespoon. I promise the slime comes off easily. 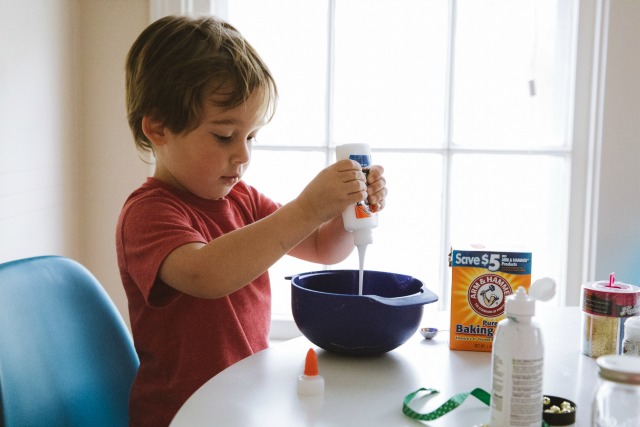 Next, add glitter! Lots of it! Max seriously loves the glitter. 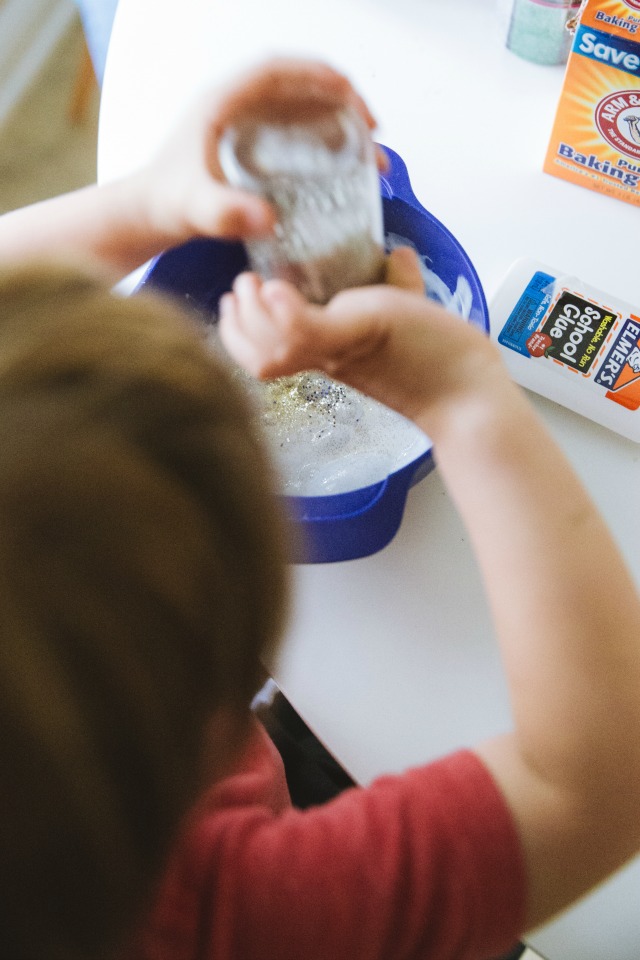 Now, to make the slime extra fluffy, pull apart cotton balls into small pieces and stuff them into your slime. Keep adding cotton until your slime looks like snow! 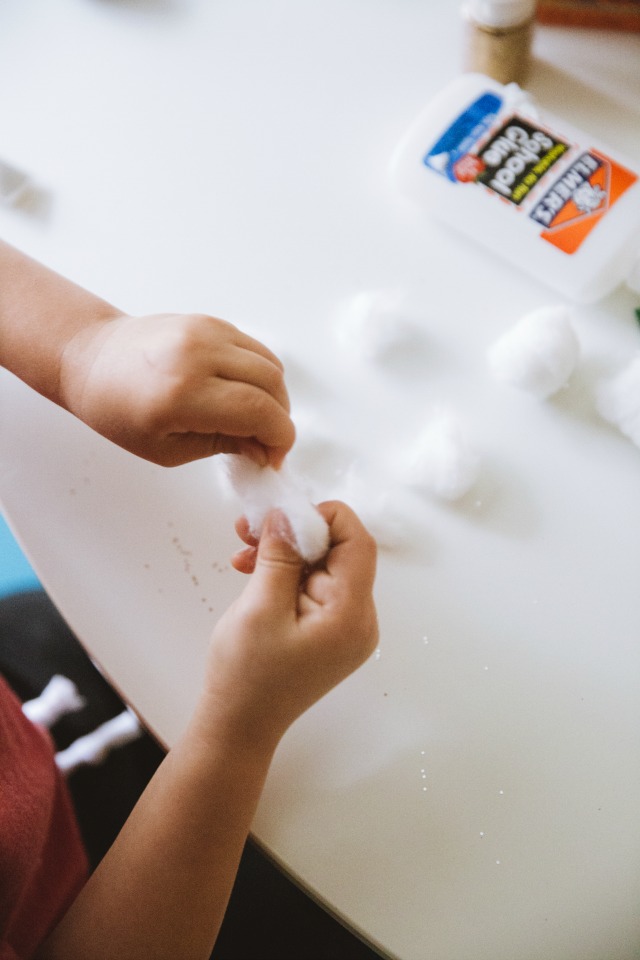 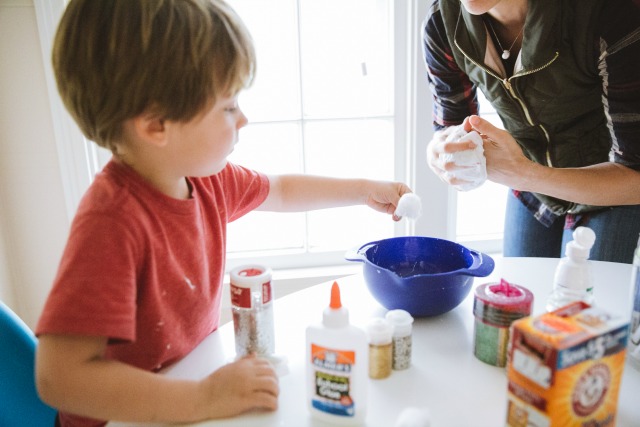 We split each batch of slime in half to fill the snowman jars. Max added more glitter directly into the snowman jars because “snowmen like glitter”. Then, stuff each little jar with slime! 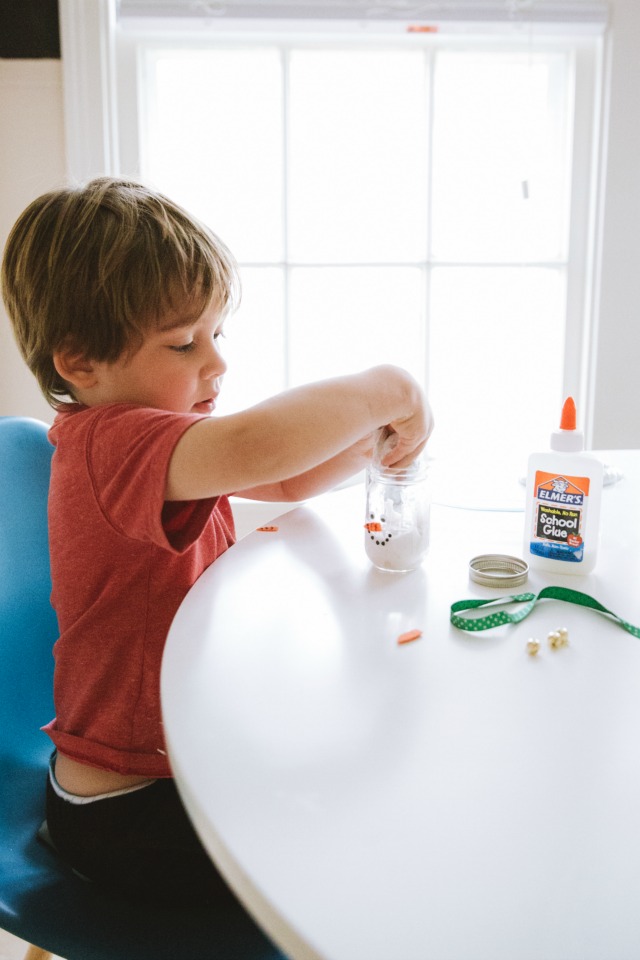 Making the snowman jars is easy peasy. Stick two google eyes on to the jar, cut a small orange triangle out of felt or construction paper, and use the black paint pen to make black “coal” dots for the mouth. I also added a few lines to the carrot nose. I used Elmer’s glue to attach the nose to the jar. Attach a tag with ribbon to the snowman, and voila! Snowman slime gifts for everyone! 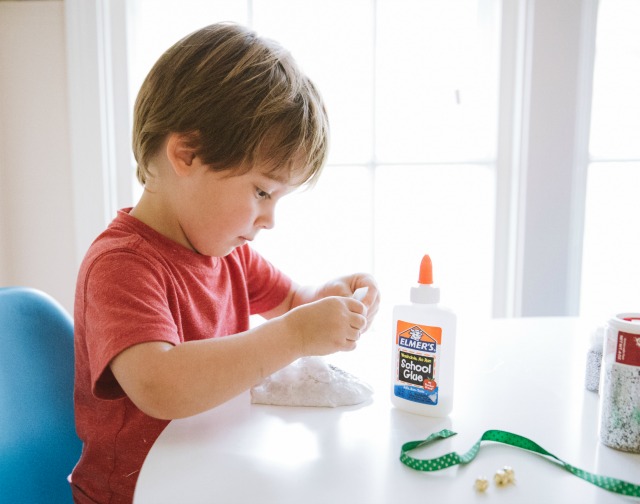 We didn’t have quite enough jars to make all 9 snowmen, so we made a few melted snowman in plastic zip lock bags! The one below is sans mouth, but I promise Max made him a mouth with a black permanent marker. I think they turned out pretty cute too! 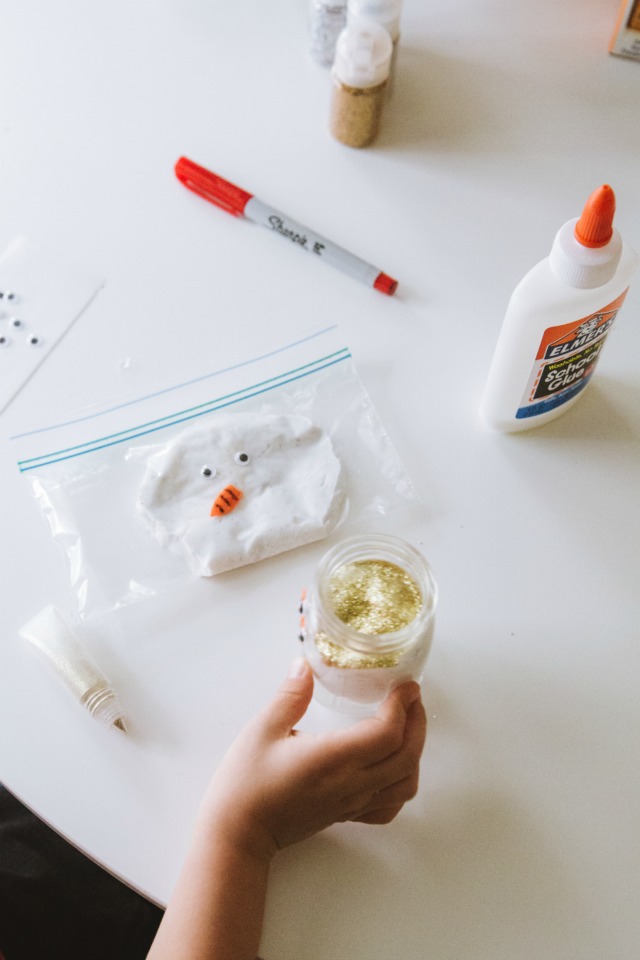 Max definitely needs some adult supervision when making slime so we always make it together. It’s also fair to note that you should always wash your hands before and after making and playing with slime. He’s pretty proud of his snowman slime gifts he handed out at preschool! 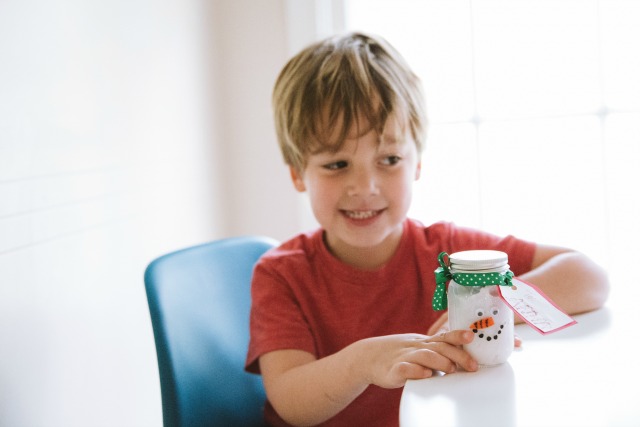 I think these snowman slime jars would make awesome stocking stuffers too! Do your kids love slime? Have they made fluffy snow slime with cotton balls yet? I’d love to hear…