Note: I’ve only given birth once and I chose to do it without drugs at a birthing center. With that said, these things might/ probably do happen with epidurals in a hospital setting, but I really don’t know. I’m going to share our birth story along with 8 things I didn’t realize happen during child birth! UPDATE: Here are 15 things I’ve learned about infants!

Oh and in between the story I’m sharing Maxwell Dorobek cuteness!

Max’s official due date was March 15th. He graced us with his presence 8 days later, early on March 23rd! Andy’s family was in town. His mama is a teacher in Oregon and always comes to Texas for her spring break. Andy’s brother is in college in NYC and was also in Texas for his spring break. Andy’s dad drove in town to see Casey. And, Russ, Andy’s other brother lives in Austin. All of that to say the birth story starts with a family dinner at a delicious Thai restaurant in Austin on Saturday March 22nd. (The Thai thing comes into play later.) 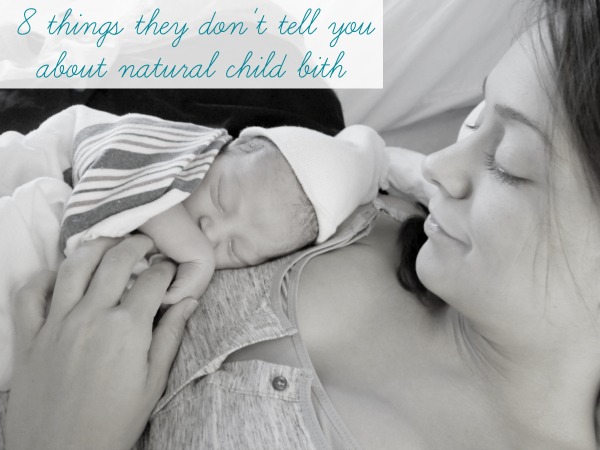 After dinner, we decided to grab desert and tea at a cute little bakery down the street called Quacks. I nibbled on a tasty brownie, carrot cake, and the most delicious ginger cookie I’ve ever tasted. As a prego, going to the bathroom once an hour had become the new norm and I did my hourly deed to discover a waterfall gush of what I later determined was some good ol’ amniotic fluid.

Your water might break in a coffee shop with your in laws and be a huge gush, not just a little trinkle like people say.

Thankfully, I was wearing my prego uniform of black yoga pants and an over sized shirt and hid the gush well. I quietly told Andy I need to go home. Now. We didn’t even tell his fam. I guess at that point I wasn’t 100% sure if I peed on myself, was dying, or my water broke! It was late enough to play the “I’m so tired and pregnant card” and head home without anyone asking questions.

On our way home, more gushes happened in the car. Yea, I was sitting in a puddle of amniotic fluid. Cute, huh? I called the midwife in the car on the way home. She confirmed that my water had in fact broken and I was not dying. Thank goodness. I was not having any contractions and she told me to go home and get some rest. It was 11:00pm at this point. 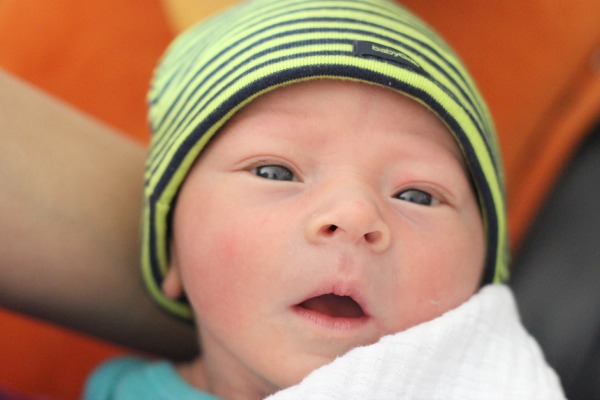 Andy was freaking out. Running around the house packing bags, asking me over and over if there is anything I need. I felt 100% normal at this point. No contractions. No nothing. Just an amniotic fluid waterfall an hour and half earlier. We decided to watch a little Netflix. Two episodes of the Office to be exact, and calm Andy down, haha! Then it started. A few little menstrual cramp like pains. Nothing crazy.

By about 12:30am, I couldn’t lay in bed anymore. I was hot, then cold, then hot. Had to go to the bathroom. I was uncomfortable. Thank goodness the bathroom remodel is over and the floors are free of chipping paint! Oh and not only was I uncomfortable with the whole contraction thing, I was nauseous.

You might throw up during labor. And I don’t suggest eating spicy Thai food before you go into labor. Laying on the bathroom floor felt the most comfortable to me because the tile was cold, my bathrobe was available, the bathtub was very near (for the puking) and the toilet was a necessity. Andy would bring me water and ask what he could do to help, but I kept thinking we would head to the birthing center and I would whip out all of my tricks (birthing ball and bag of goodies my friend put together for me). Andy was on the phone with the midwife who wanted my contractions to be one minute long and 4 minutes a part for one hour before I came to the birthing center. 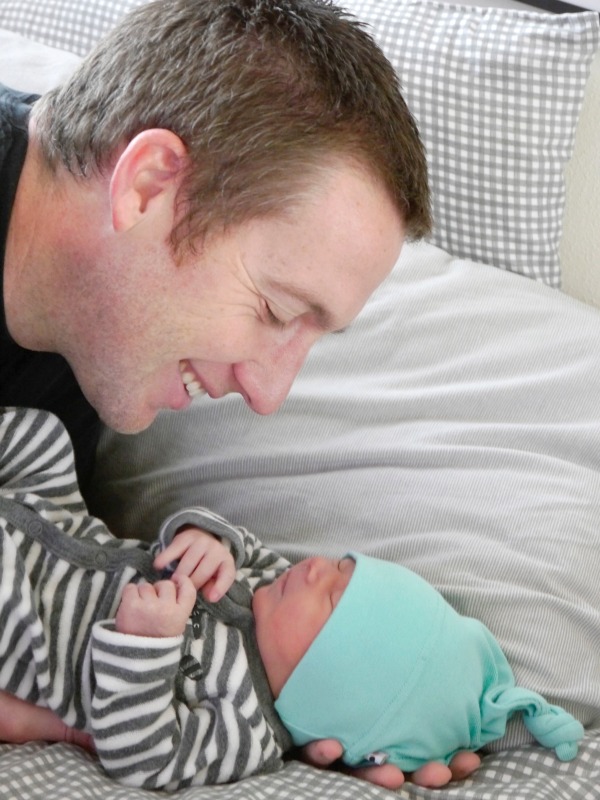 4. Timing contractions is kind of impossible

At some point, I couldn’t talk anymore. Not to mention, contractions (at least for me) were not black and white. There was a lot of grey. It’s not like a contraction ended and I felt 100%. Communicating when a contraction started and stopped was tricky and really tricky for Andy, who was having to judge by my convulsing body or moans!

All I can say is that I was getting less and less rest time and feeling more and more pain. Finally at about 6:00am Andy made the executive decision that we were going to the birthing center. He threw all of the bags he had packed the night before in the car and helped pathetic me into the car. Thankfully, there was no traffic and I laid the car seat back and attempted to breathe. Not a fun car ride. We beat the midwife to the center by about a minute. She opened the door, I sprinted to a bed, and delivered Max 4 minutes later! She put his sweet body on my belly and it was instant relief. 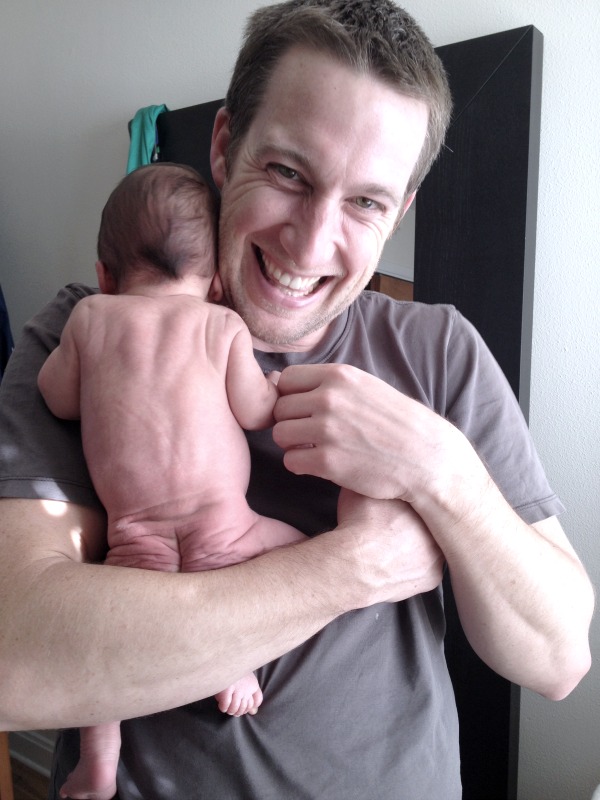 5. You don’t have to physically push

Your body just does it. Oh and it does not hurt nearly as bad as the contractions.

After you deliver the baby, your body shakes for what seems like forever (30 minutes?). It’s kind of scary, but apparently normal.

After you deliver baby, you have to deliver the placenta. I had to get a shot of Pitocin in my butt to help the placenta come faster. I was not expecting a shot! This was all very scary to me.

After placenta and baby are delivered, they mush on your uterus. This does not feel good. At all. The midwife tried to call it a uterus massage. I was not amused. 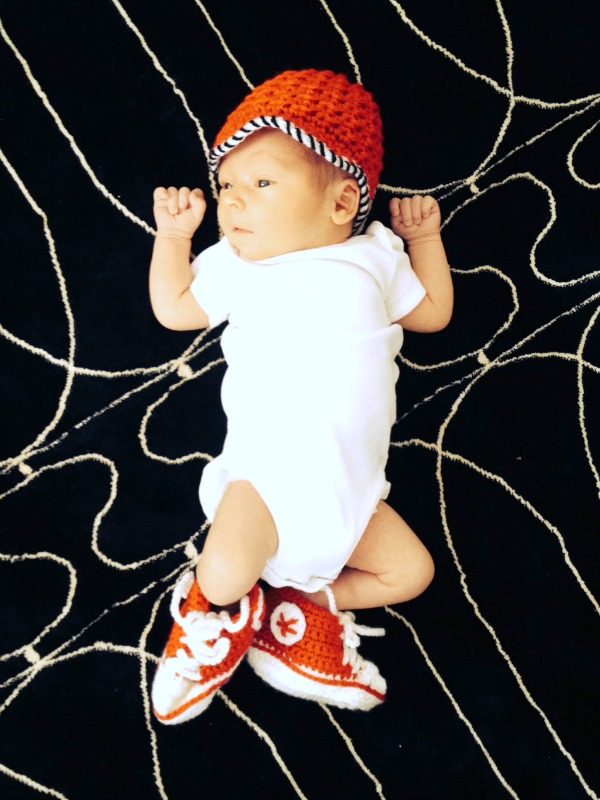 After all of the that, sweet baby is still laying on your belly, and they ask you to breastfeed him! And the baby does it! I was impressed. I thought Max was a genius… how in the world did he already know how to do that?! And the sweet little guy breastfed for about 2 hours!

Andy, Max, and I hung out at the birthing center all day. We did have 3 visitors, but mostly just enjoyed our time with the little guy and rested. My midwife took our vitals every hour and helped us get acquainted with the whole breast feeding thing. We were home by 6:00pm that evening. People keep asking me if I’d do it this way again… my answer is, “Absolutely!” I mean as long as there are no complications and everything goes as planned I would love to do the natural birth thing at my birthing center again. Although, next time I would insist that I go to the birthing center a little sooner.

Did you have your baby a birthing center? Did these things happen to you? If you had your babe at a hospital with an epidural, do these things still happen? Or what about after a c-section? Is anyone super brave and had a home birth? I’d love to hear! Psst… we are doing newborn pics today, check out some sneak peeks on instagram!

If you’d like to hear me to tell my birth story, you can listen to it on The Birth Hour!