Home » About Jamie » Celebration of Service with Team Depot

Note: This is a sponsored post for The Home Depot Foundation. Every thought, opinion, and experience is 100% my own.

Meet Richard Hutchinson, a retired U.S. Army Lieutenant Colonel who only retired because according to him, they made him. He spent 26 years in the military including a year in Vietnam and time in the National Guard. Even after serving his country for 26 years, in an interview with a local news station Mr. Hutchinson said, “I was raised to believe that I owe a debt to my country and I don’t feel like I’ve paid that debt yet.” 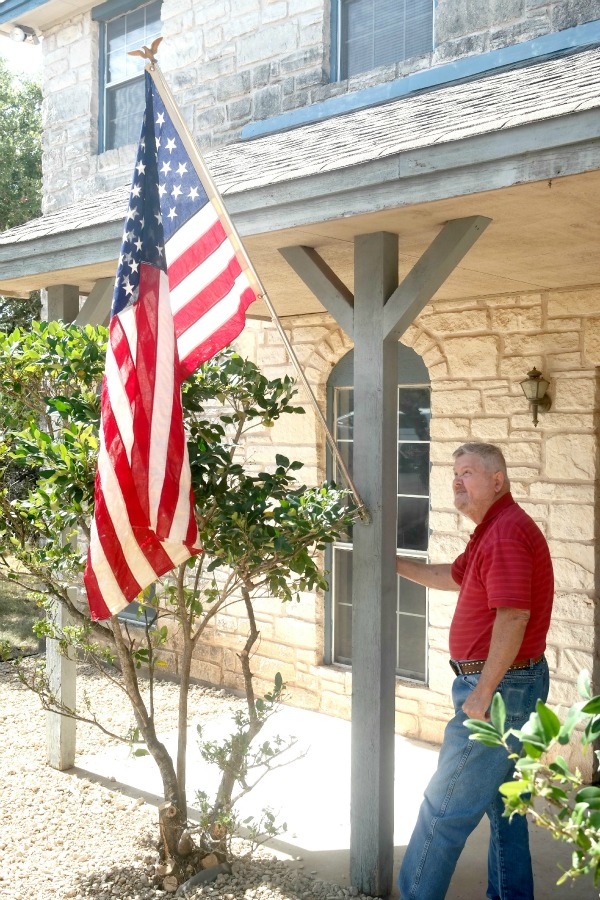 Richard has lived in his blue trimmed house since retiring from the army and moving to Dripping Springs, TX in 1987. His brother, John, was hit by a drunk driver 10 years ago, and Richard has been taking care of him ever since. As Richard gets older, it gets harder and harder to move his brother in and out of the house since all of the bedrooms are on the second floor. Richard was telling me that when he needs to move his brother downstairs, he now has to call the fire department for help. This is a major safety concern, I mean what happens in the case of an emergency? This is where Team Depot stepped in to take on a $7,500 home renovation project that involves turning the downstairs living room into a bedroom for John and turning the half bathroom into a wheelchair friendly full bathroom. This way Richard can easily move John in and out of the house in his wheelchair. We also did a lot of work to the exterior of the house and the front yard to make maintenance easier and give the house even more curb appeal!

I love a good before and after, so check out what we did to the front of the house, here is the before: 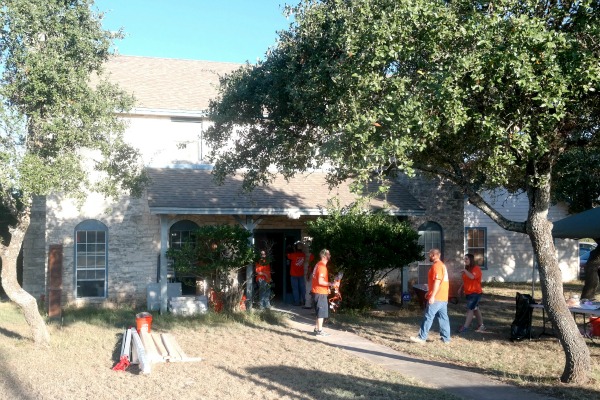 A few hours and a lot of hard work later, here is the after: 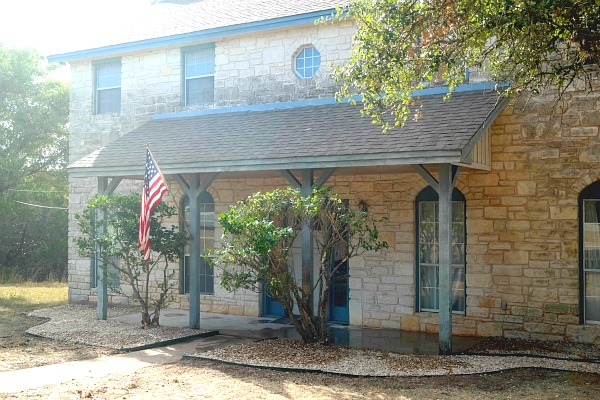 The first step to turning the living room into a wheelchair friendly bedroom was removing the carpet and adding vinyl wood floors. Wheelchairs roll a lot easier on hard surfaces. With that process, we decided to freshen up all of the baseboards and trim in the room. 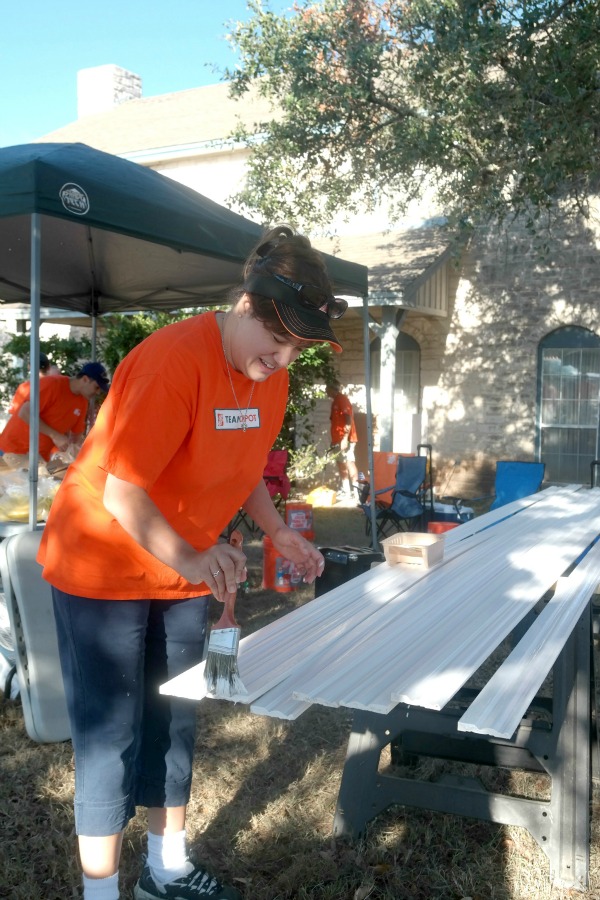 One of my jobs for this project was to build John a storage unit for his new bedroom since the only storage in the current living room was 2 bookshelves flanking the mantle that are already filled with books, pictures, and John Wayne memorabilia. You can see lots more about how I build a bookshelf out of crates in this blog post. 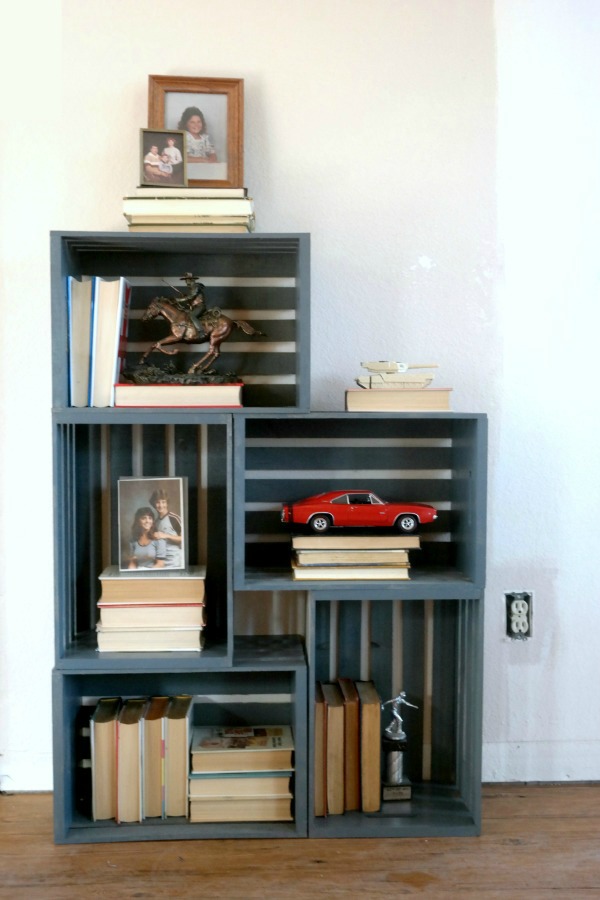 The bathroom renovation project was more than a one day project, Team Depot spent 3 days on site gutting the original half bath and building the new wheelchair friendly bathroom. I was super impressed with these vinyl wood floors. There is a lot of prep work required with ripping out old carpet and removing glue, but the actual installing of the vinyl wood floors is very simple. They just stick right down and the glue strips are already attached! 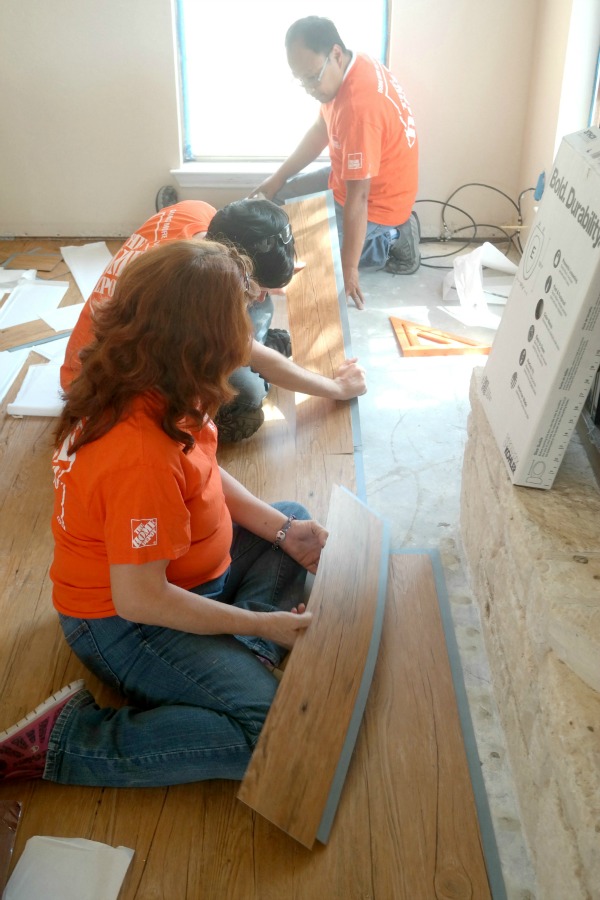 I am truly honored to be a part of Team Depot and help such a deserving pair of brothers! 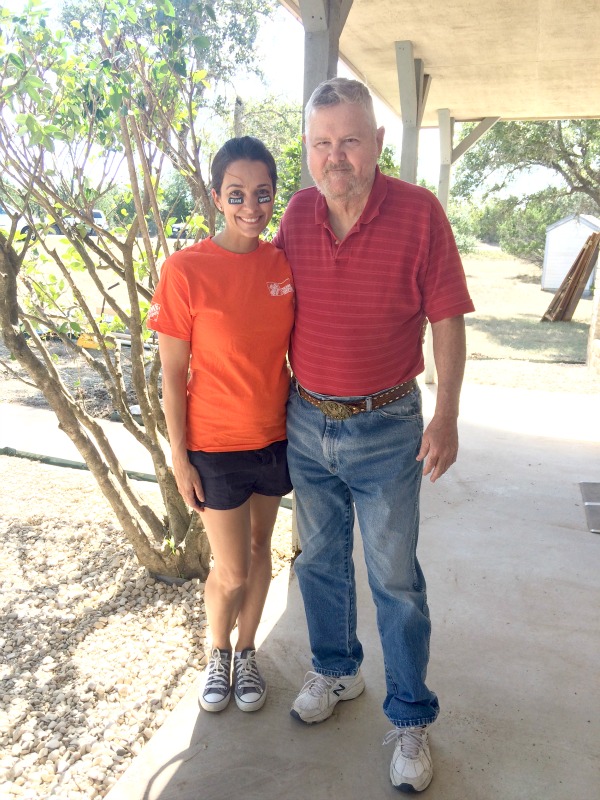 Want to get involved with Team Depot?! It’s easy, y’all! For every #ServiceSelfie shared on Twitter and Instagram during Celebration of Service (9/10/15 – 11/11/15), Team Depot will donate $1 to nonprofit partners that are making a difference for our veterans. A #ServiceSelfie is any picture of you (or you and friends) giving back to your community! 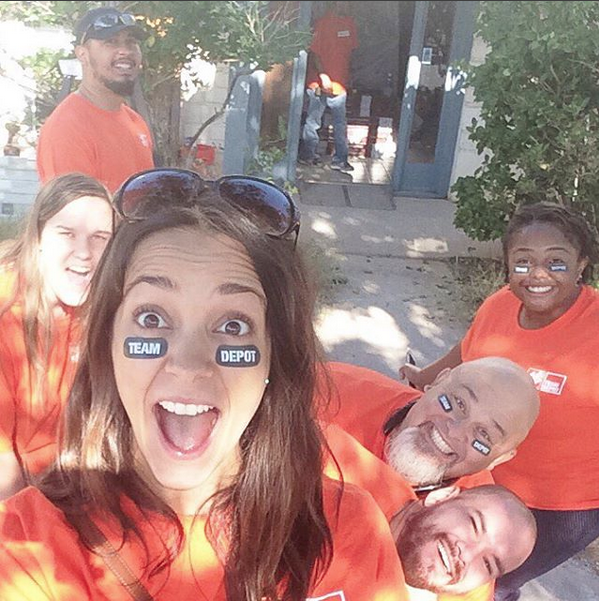 Thank you, Team Depot, for your allowing me to be a part of your amazing Celebration of Service!