My sister is a sock bun pro. She uses a real sock and rolls her up in that sucker and it looks awesome. She’s attempted on my head, multiple times, and it doesn’t work. I have thick, slippery hair with lots of layers. That dang sock is not a fan of my head. I invented a fake, but way easier sock bun method that I’ve been using for at least a year now. I posted this pic on instagram over Thanksgiving, and realized others needed an easy bun idea too! 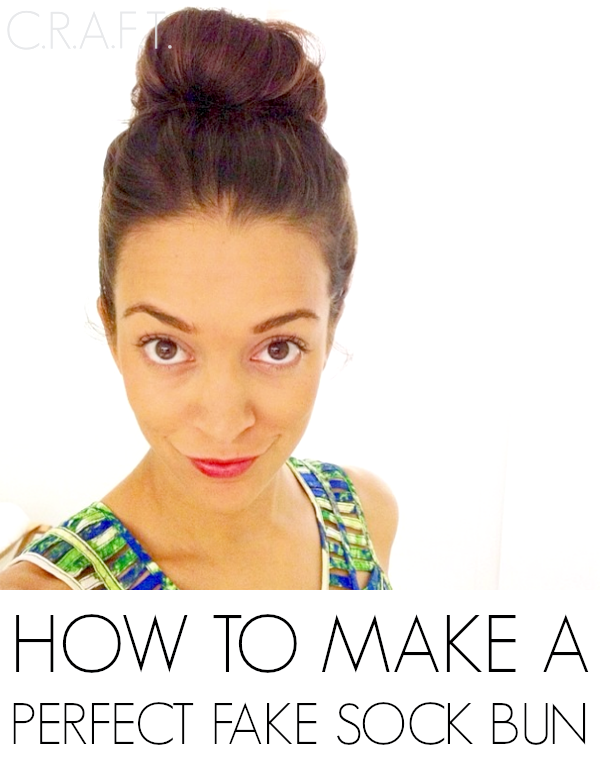 I had lots of request for a tutorial! I don’t know how well my method works on curly hair, mine is pretty straight. So curly hair girls, spill the beans and let me know if it works for you! Oh and I stink at doing my hair… or makeup or painting my nails for that matter. Here’s the only other hair tutorial I have ever attempted on C.R.A.F.T. It’s so bad, it’s laughable! This big bun of mine takes me less than 2 minutes and works best on dirty hair. Yea, totally my kind of do.

The best part is you don’t need anything fancy. You have all of the goods in your bathroom right now. You need these 4 things for sure: 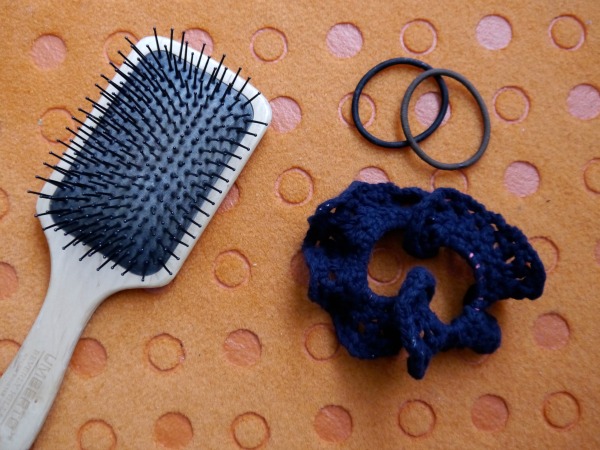 So, here’s the video tutorial. It’s not fancy, but I promise once you master the fake sock bun all of your bad hair days will be solved! And I’m sorry the lighting sucks. And you get a sneak peek of the current nursery situation!

What do you think? Are you on the fake sock bun train? Or have you mastered the real sock bun? Let me know how it goes my curly haired friends! Happy holiday hair doing!