Note: This post is sponsored by Spin Master. Thank you for supporting the brands I love!

My kids are 2 and 4, so squishy moldable, colorful substances are always a a winner! When Spin Master asked us if we’d be interested in participating in an experiment with Kinetic Sand we sand yes! We love to play, mold, and stretch all the moldable things, so that was a no brainer. The results are in as to which substance is the favorite in Casa de Dorobek. 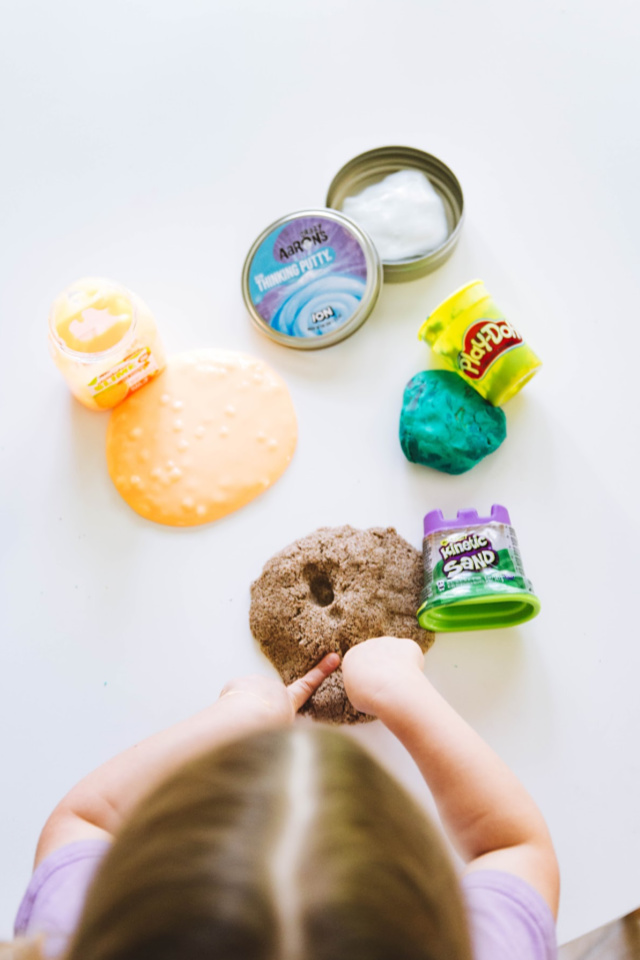 The kids and I compared 4 moldable, squishy substances: Play-Doh, Nickelodeon Slime, Thinking Putty, and Kinetic Sand. We tested them for the following characteristics on a scale of 1-10, 10 is the best.

All of the products provided some amount of entertainment to my 2 and 4 year old, but there was a clear winner (and loser)! I should also make it clear that my son is not a huge fan of dirty hands, so that fairly quickly eliminated slime and putty from his list. My daughter could care less and is a-ok with slime covering her body, so there’s that. Also, my vote counts too. After all, I’m the one doing most of the clean up!  After a 1-hour play session with all of the products, we declared a winner.

The winner is Kinetic Sand! 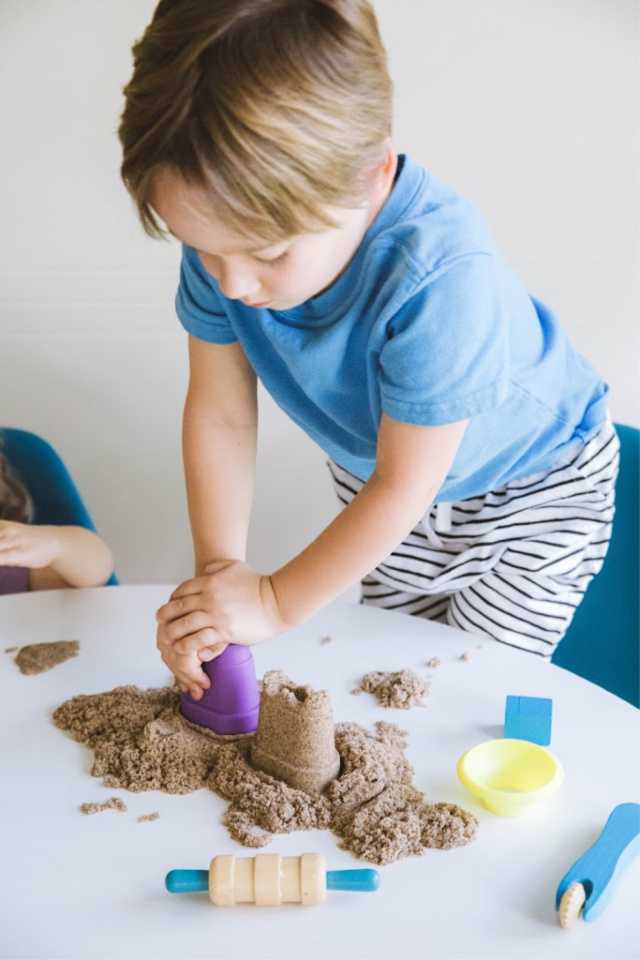 The kids played with the Kinetic Sand the longest and it was the easiest to clean up, those are the two biggest factors in my book! As far as the moldable rating, I would say Kinetic Sand and Play-Doh tied. My kids built creatures and castles out of both substances. The slime and putty do not hold their shape. Maxwell really appreciates that the sand does not stick to his hands. Another major plus for Kinetic Sand is that it does not dry out, like Play-Doh.

The runner up is Play- Doh!

My kids love Play-Doh, it holds its shape well, comes in lots of colors, keeps their attention, but it does have 2 major faults. The two faults are the mess and drying out. When it gets smooshed into carpet, rugs, or anything fabric, it takes a lot of effort to clean up. It’s easier to clean up than slime, but still more work to clean up in comparison to Kinetic Sand which is why it earned 2nd place. 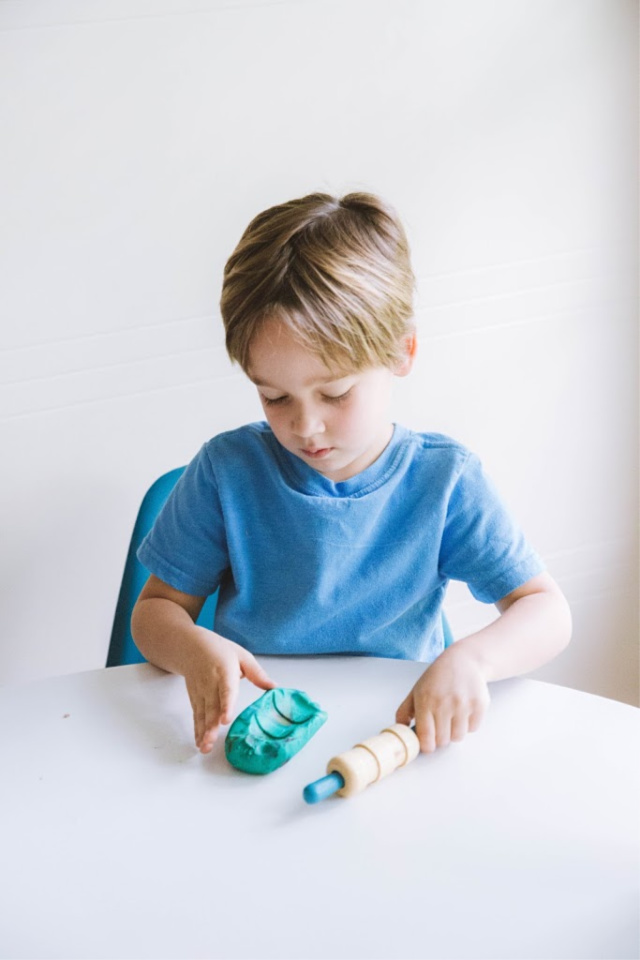 The two pictures below sums up Maxwell’s thoughts on this slime. He didn’t like the smell, texture or that it stuck to his hands. He loves making DIY slime, but I think making it is 95% of the fun for him. When it comes to playing with slime, well, that is Mila’s thing and I can only imagine the mess that would come with that! 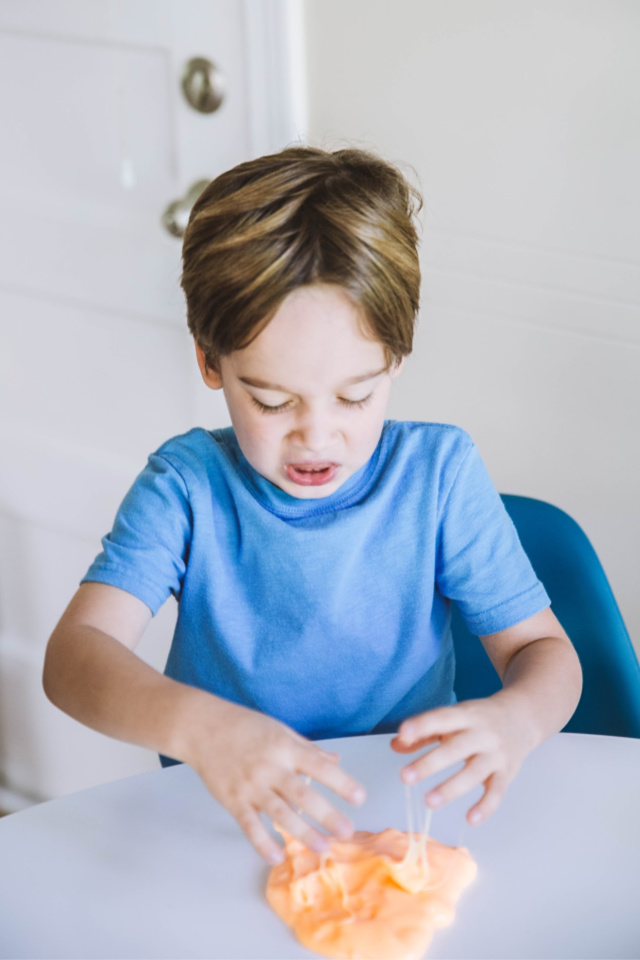 It was almost too hard for them to even pull apart and it does not hold its shape. While Maxwell did not love the slime, he couldn’t resist touching and smelling the yucky smell. The putty was intersting to touch and pull for 60 seconds, but that was about it. 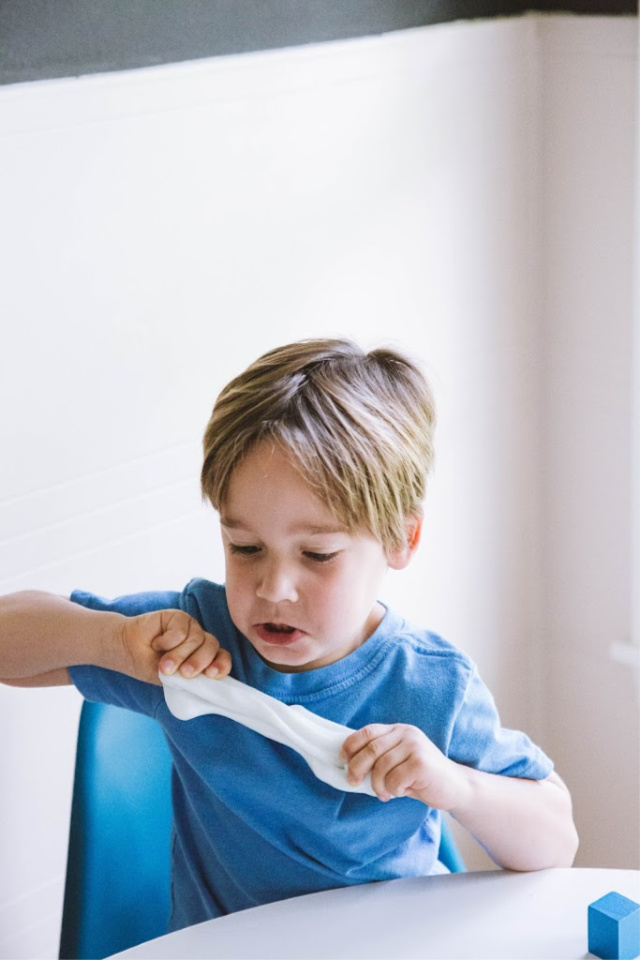 They were back to the good stuff in t-minus 1 minute. Mila enjoyed moving her dinosaurs around the sand, while Maxwell likes to build! 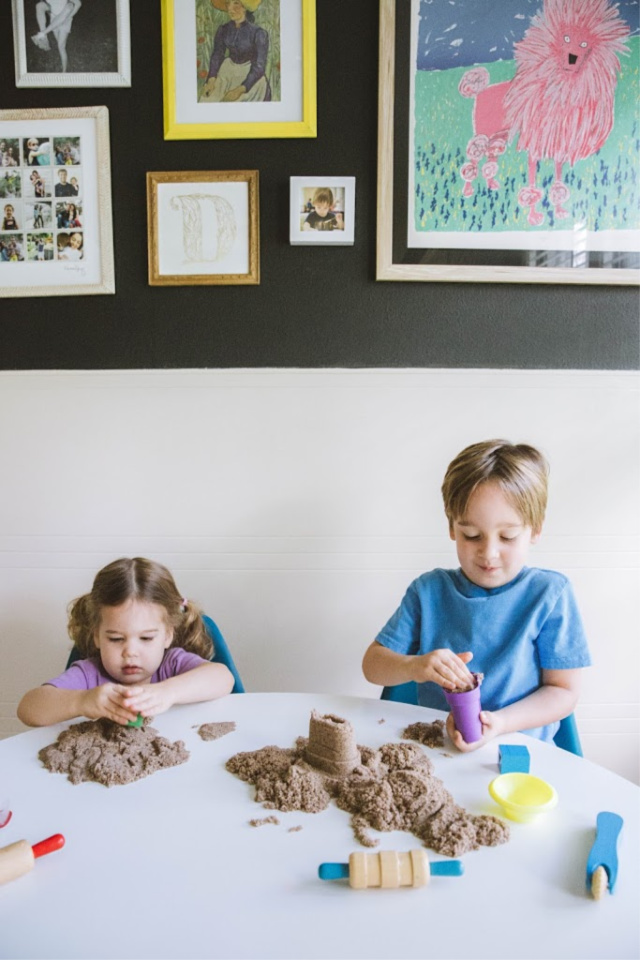 What is Kinetic Sand? 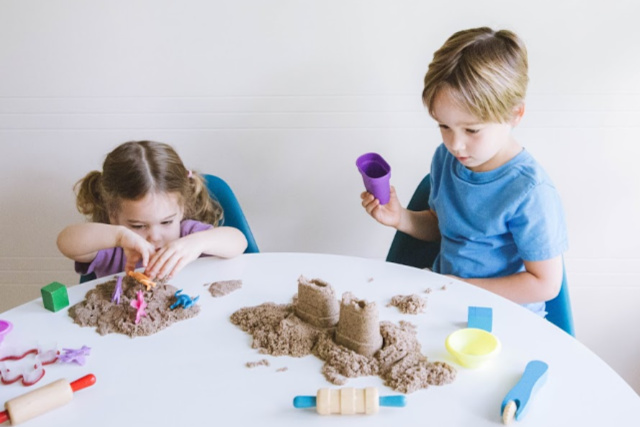 Do your kiddos love Kinetic Sand? I’d love to hear…