Home » About Jamie » How We Made 36K with Airbnb

In 2013, we moved back to Austin after an 18 month adventure in Fort Lauderdale, Florida. We were ready to buy our first house as a married couple. (Here’s our very un- traditional story.) We wanted to live in central Austin and we really wanted a property with a rental unit, a garage apartment, a back house or something. After losing 5 houses we had offered over asking price, we finally found a winner. We got everything we wanted: central Austin neighborhood, 3 bedrooms, central AC, a garage, and a big backyard. As far as the rental component, we got “or something”. 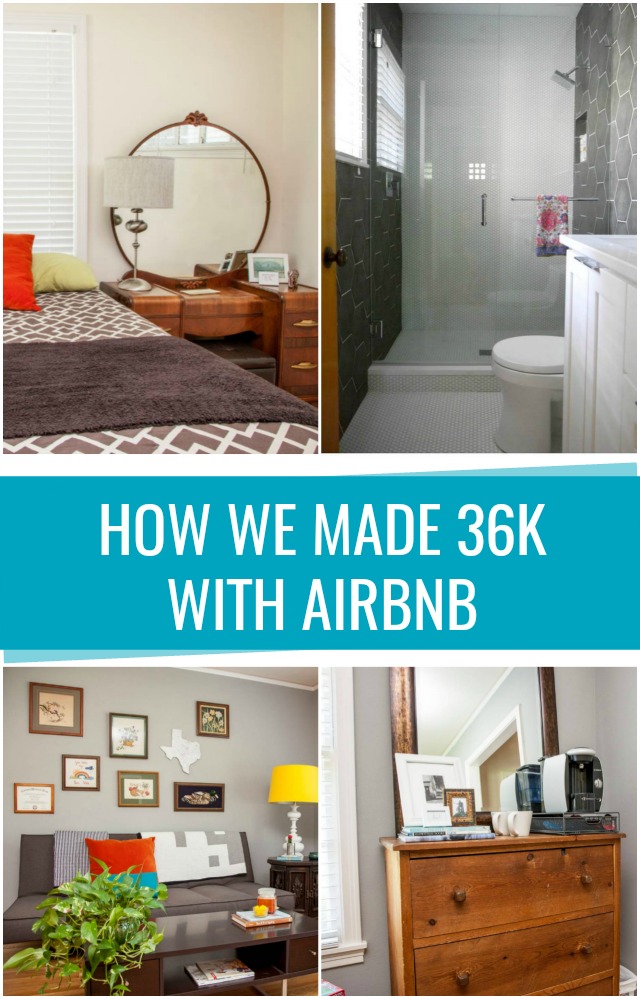 How we made Airbnb work in our home

We were determined to make the rental thing work. We bought the house knowing that all we needed to do was build a locking door in between the two living rooms to dived our house into two. Our house is situated on a corner lot with 2 outside entries. The real front door opens into the side we rented which was 1 living room, a bedroom, and a bathroom. We built a locking pocket door in the existing opening between the living rooms. This post about how to install a pocket door details that process. 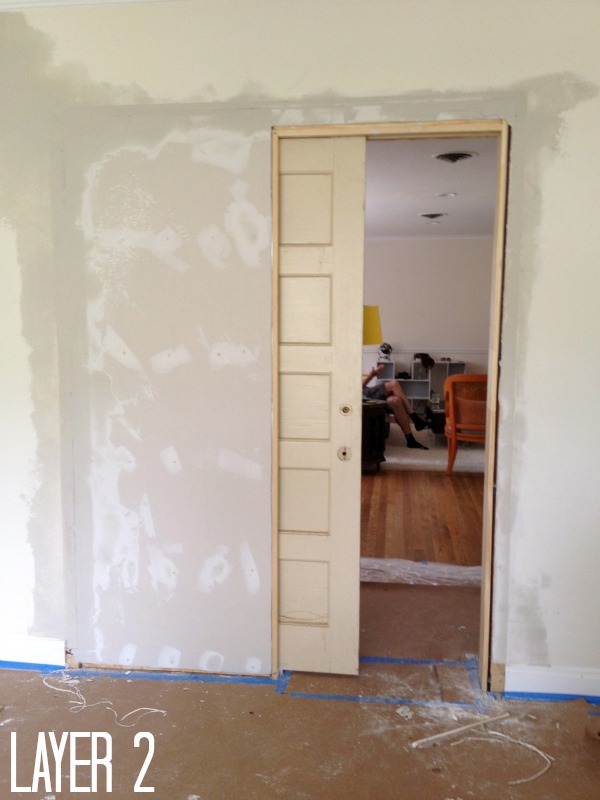 How Does Airbnb Work?

We bought our house in March of 2013 and had our first renter in September of 2013. We were officially Airbnb hosts! Back in 2013, Airbnb paid photographers to take pictures of your space. (It looks like airbnb still offers free photography in some cities, but not Austin.) I chose a name for our house, East Austin Charmer, and made a listing on airbnb. The form to create the listing is very straight forward. There are basic questions like what type of space are you renting? (An entire space, a shared space, or a private room?) How many people can your space sleep? How many beds are in the space and so on.

The photographer came over, took pictures, and uploaded them to my listing. We were ready to rent. Our very first renter stayed with us in September 2013. He was looking to relocate in Austin and spent 29 nights in the East Austin Charmer and we earned $2,251! We were hooked.

How is the Airbnb payment handled?

Everything, including payment, is handled through airbnb. Typically, I received the full payment in my bank account 24 hours after the guests scheduled check in time. As a host, you decide how much you want to charge per night. Airbnb does have a suggested price point, but the host always has the final say. There is also a separate cleaning fee. We always charged $50 for the cleaning fee. Airbnb charges the host a 3% fee of the total stay, so in the example below, Airbnb made $21. We received $667 for this particular stay.

The rental side of our house was just that, a rental. We had no personal belongings on that side. At some point in the 5 years we rented, we did end up adding a lock to the hall closet on the rental side to use as storage. It’s also fair to note that we often used this side as a guest bedroom for our friends and family. For us, that was the beauty of the short term rental, we could rent it on airbnb or block the calendar off for our guests at the click of a button. (Just for fun, check out what this bathroom used to look like!) 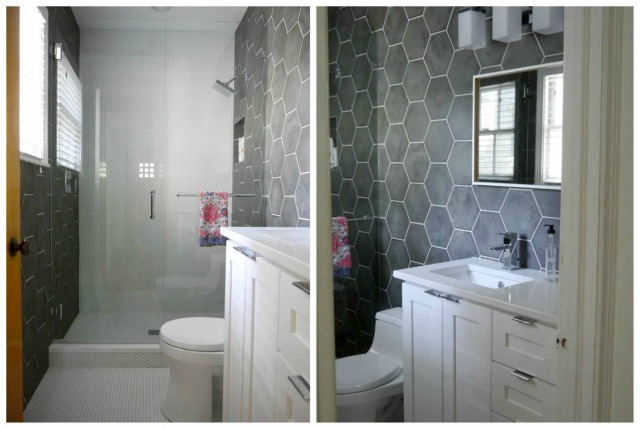 I get this question a lot! I can only speak from our experience, but we never had anything creepy or out of the ordinary happen in 5 years of renting on airbnb. In fact, more often than not, guests were extra sweet and left us thank you cards and treats. Most of the time, guests even stripped their own sheets without being asked.

As the host, we always screened people. Rarely would we rent to someone that did not have any reviews and we always made sure they were verified. (That just means they had a little green check on their profile, see picture below.) We always asked why they were coming to Austin. That question was actually more important after Maxwell was born. I really wanted the answer to be something along the lines of, “It’s a work trip, and I will be gone most of the day.” (Ha!)

There were many times we never met the guests, but plenty of times we did. If I had to guess, I would say it was 50/50. There was one occasion where a family of 3 stayed with us and we ended up taking them to the children’s musem. Or the time a girl and her sister rented our place because she was selling handmade goods in a West Elm pop up for the weekend, and I met her at the pop up. We had multiple sets of our babysitters parents renting for their daughters graudation. We had professors stay with us to attend conferences at the University of Texas, couples stay to explore Austin, and friends coming to attend ACL, SXSW, and Formula One races.

Let’s get to the good stuff… making money with airbnb! 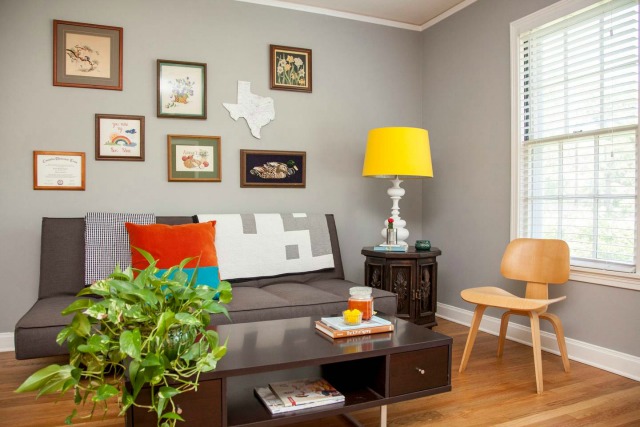 How much money we made with Airbnb 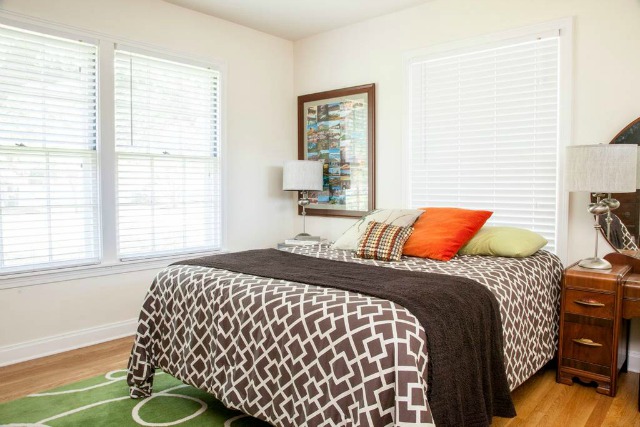 Why we stopped renting our house

The short story is kids.

The long story is, Maxwell was born in 2014, and we had a lot of extra personal visitors that year which is why we only rented the other side 52 nights. We went full force in 2015 and then our daughter was born in 2016. By the end of 2016, I was feeling stressed trying to keep a 9 month old and an almost 3 year year old quiet on our side of the house. We also had both kids sharing a room. Not to mention, I was trying to work from home.

I thought it was only fair for a paying customer to have the ability to sleep in with out squawking children at 7am. In 2017, we decided to only rent the other side if we were out of town or if the renter made it very clear they were going to be gone all day. In 2018, we decided to give the kids their own rooms. This meant we would move ourselves to the renters side, which is the proper master bedroom in our home. We recently removed the pocket door to re-open the large entry way between our living rooms, and our airbnb days are officially over in our current space. 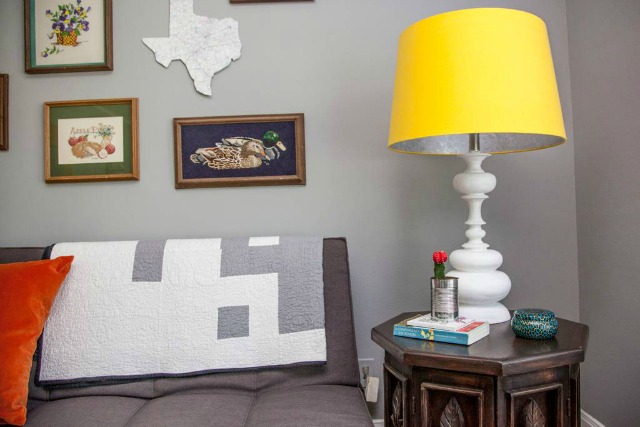 We’ve talked about renting our entire house for big events in Austin, but haven’t pulled the trigger on that for the sake of logistics. We love short term rentals, it was absolutely the easiest 36K dollars we’ve ever made! We love it so much, we bought a town home in Park City, UT a few years ago with 4 other couples and rent that full time on Aribnb! (Note: We sold the Utah property in 2019.) If you have any questions about how airbnb works or what it’s like to be an airbnb host, leave them in the comment section below. Are you a airbnb host? I’d love to hear…