March is birthday month in Casa de Dorobek! For the past 3 years we’ve celebrated both of kiddos birthday with a joint backyard birthday party. This year Mila has requested her own birthday party. She’s turning 4 and declared she wants a pink birthday with flowers, balloons and party hats. So, when Tuesday Morning asked me to partner on a craft project- I knew just the thing! 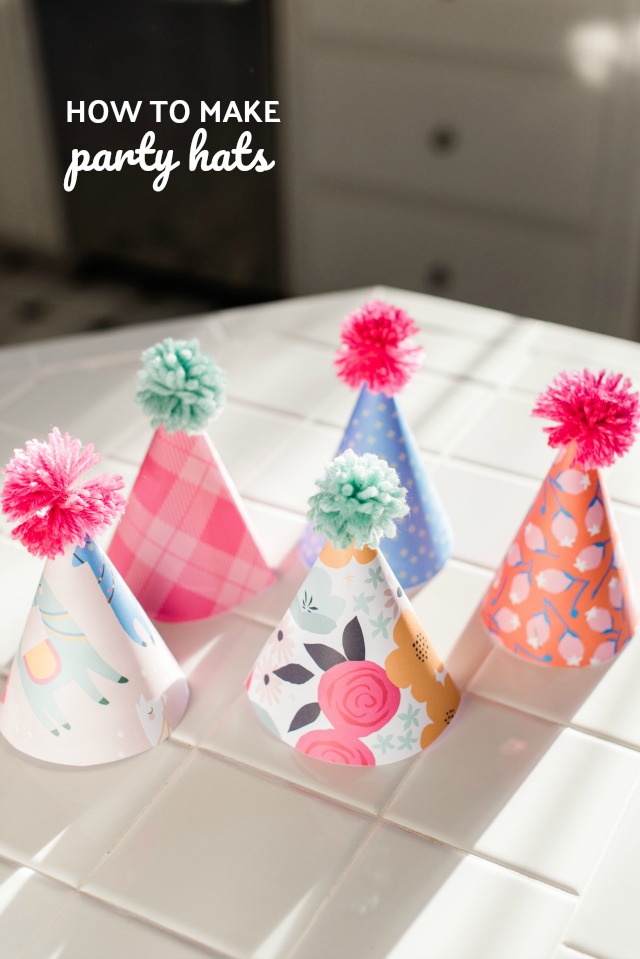 What you need to make DIY party hats

Tuesday Morning is my one stop shop for all things craft. I picked up a few giant pads of scrapbooks paper, tons of yarn, a pom pom maker, and a tape runner in one quick trip. I craft for a living, so I already own a few hot glue guns. But, my Tuesday Morning store had my favorite Elmer’s hot glue gun for $4.99! 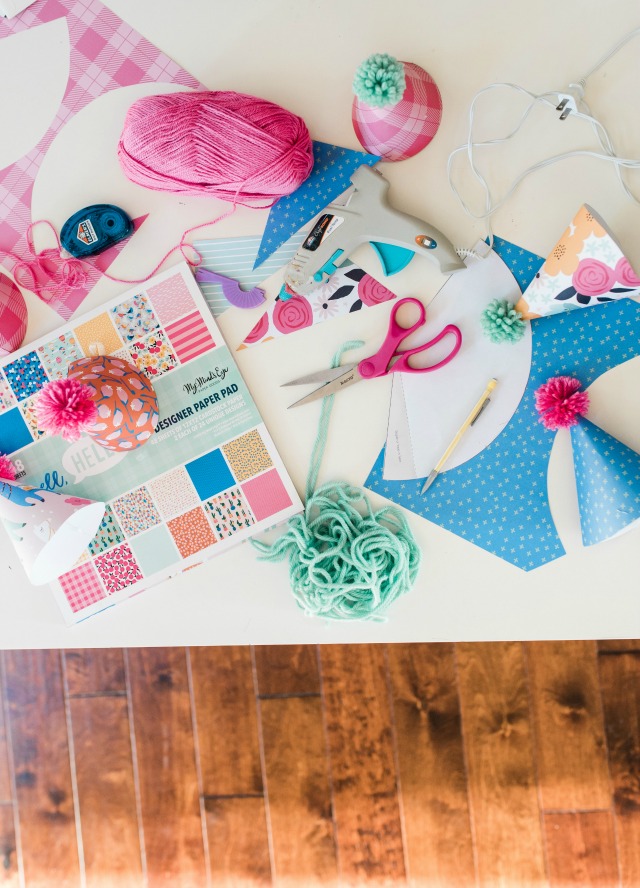 How to make a birthday party hat

I let Mila pick out 10 pieces of scrapbook paper to make 10 party hats. It is no surprise she picked pink plaid, pink flowers, multi color flowers, and my favorite, llamas!

Step 1- Print out and cut template

Place the party hat template you made in step 1 on top of a peice of scrapbook paper. Use a pencil to trace around the template. If the peice of paper has a large pattern, pay attention to where the template is placed on the paper. For instance, I had a llama hat and I wanted to make sure one full llamas was placed in the center of the party hat. Once the template it traced on the scrap book paper, use scissors to cut out the shape. 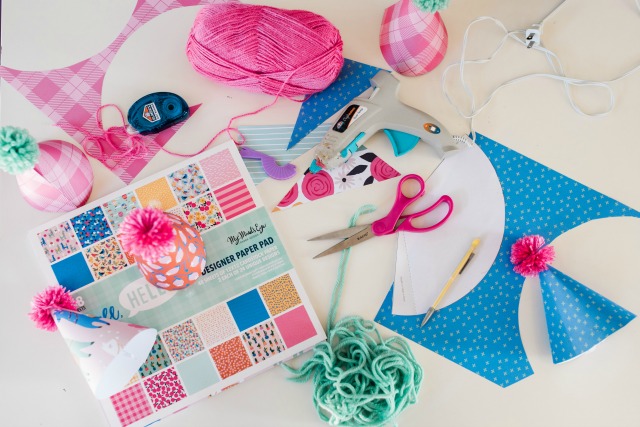 I love tape runners, but you could easily use a stapler in place of a tape runner. Roll the tape runner on one end of the party hat and the roll the party hat into shape. hold the seam together for a few seconds to ensure the har keeps its cone shape.

Use the instructions from the pom pom maker to make 1 pom pom per party hat. For the record, a pom pom maker is not necessary. You can absolutely make pom poms without a plastic pom pom maker. The tool gives the yarn an easy place to go and makes the poms more uniform in size and shape. Then, heat up the hot glue gun and glue a pom pom onto the point of the hat. 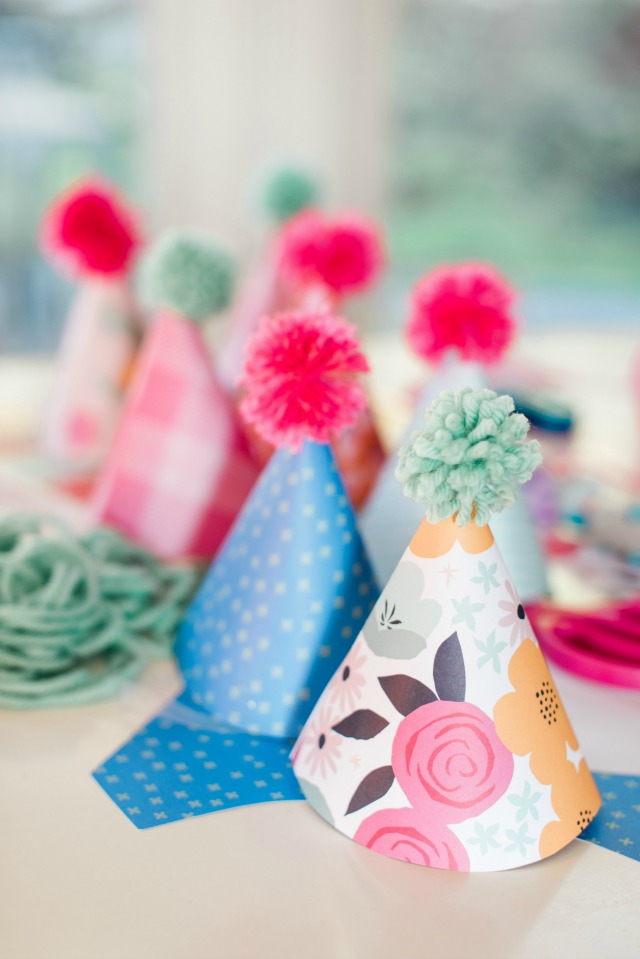 I made the mistake of not using elastic cord the first time around. All elastic is no the same, look for elastic cord for this project. Cut a peice about 16inches long and staple it from one side of the party hat to the other. 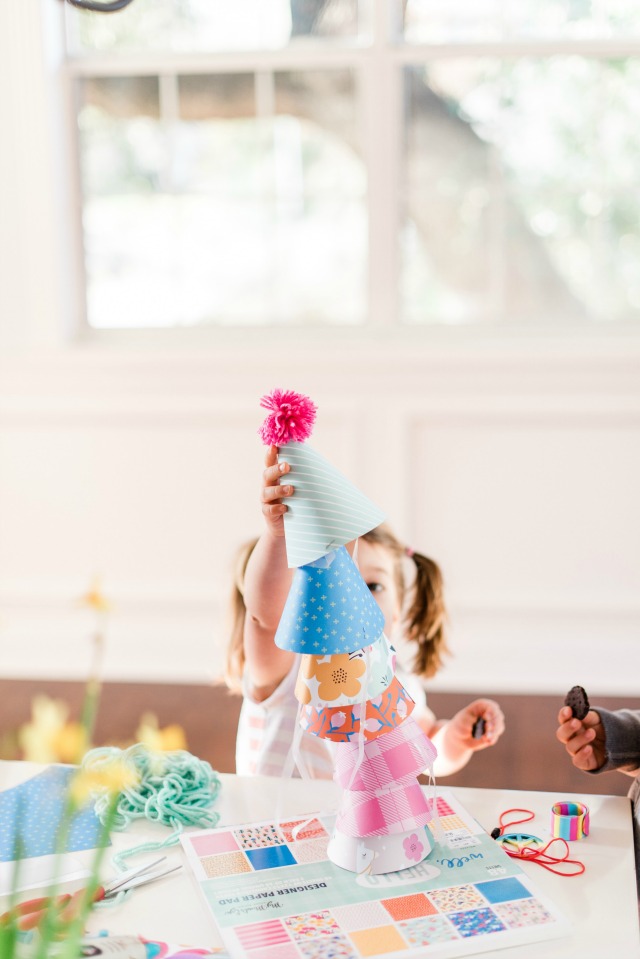 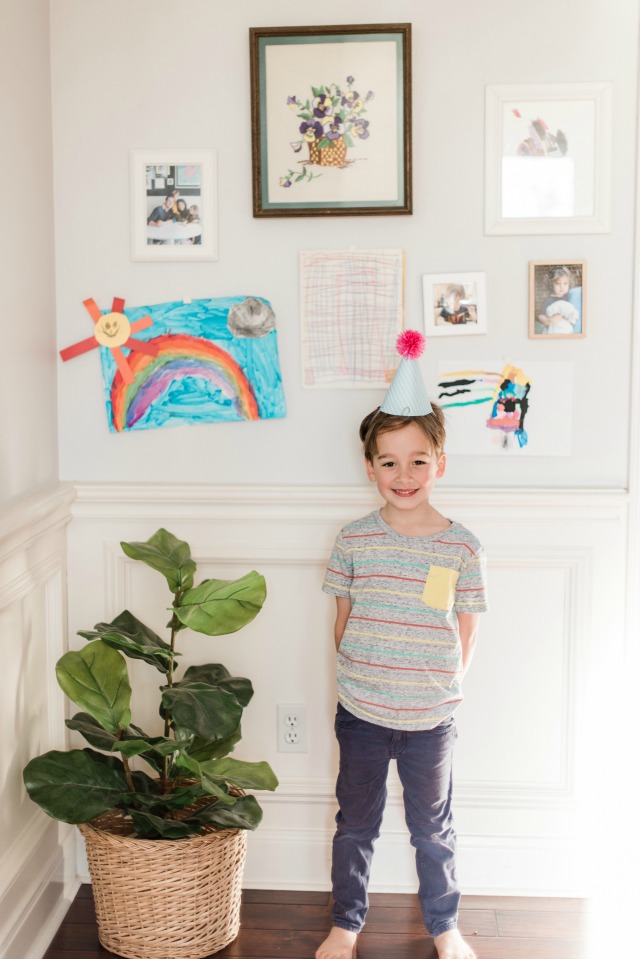 Have you ever made party hats? Used a pom pom maker? Do you shop at Tuesday Morning for craft supplies? I’d love to hear…

Psst…Find a Tuesday Morning near you.

« Car Valentine
Everything You Need to Know About Cricut Joy »