Note: I’ve only given birth twice and I chose to do it without drugs at a birthing center. With that said, these things might/ probably do happen with epidurals in a hospital setting, but I really don’t know. All I know is that every persons birth experience is so different! I’m going to share our birth story along with 8 (more) things I didn’t realize happen during child birth! Here are the 8 things I learned with my son’s natural childbirth. And just for fun, here are 15 things I’ve learned about infants!

In between our birth story, I’m sharing Amelia Jane cuteness! 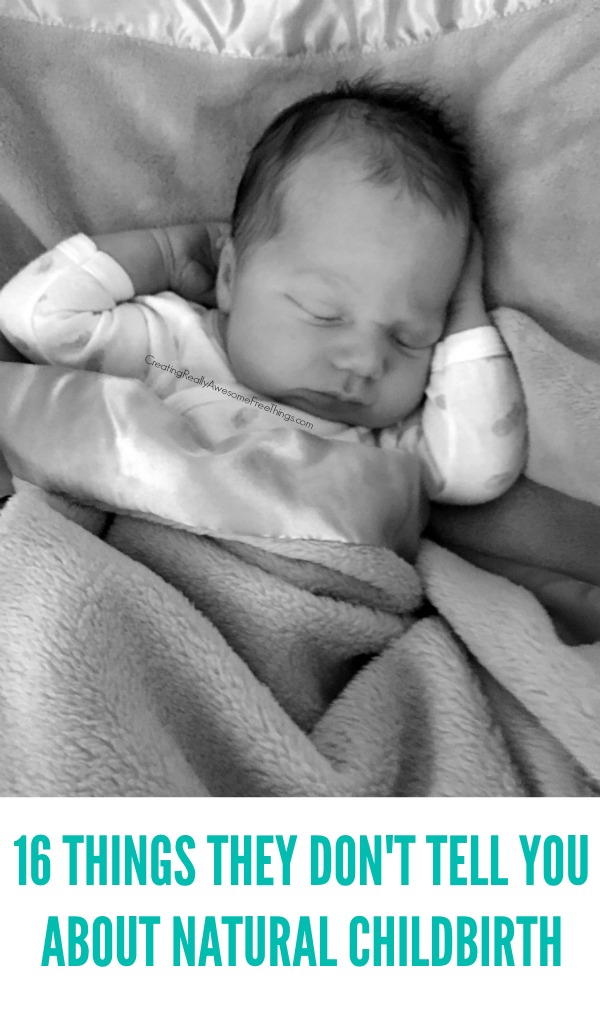 Amelia’s official due date was leap day, February 29th! And while I thought that would be a fun birthday to have, she had other plans. Honestly, I can’t really blame her for wanting a birthday every single year. So leap day came and went with no signs of baby girl. March 1st was a Tuesday and Andy went to work while Max and I did our usual routine. We typically attend a music class on Tuesday mornings, but I did not feel like sitting cross legged on the floor and and getting kicked in the belly by my sweet Max baby, so we skipped music class that Tuesday. That morning we decided to lay low and watched a little extra Curious George together in bed before running a few errands.

Tuesday afternoon when Maxwell woke up from his nap we decided to make a worm hotel. We have a DIY compost bin in our backyard and Max recently discovered earth worms! So, we walked to the grocery store to find a suitable plastic container for a worm hotel. On our afternoon walk, I felt a few contraction like things. I didn’t think too much about it because…

1. Second time mom’s can have early labor contractions for days! Well, at least 2 of my second time mama friends who recently gave birth had this happen, and said that it did not happen the first time around. So, while Max and I were walking to the grocery store I was only half thinking that I could possibly have a baby tonight! The contractions were irregular and I only had 3ish in that 45 minute outing.

Max and I walked home to start our worm hotel. We were waiting for Andy to get home from work to tell him about my contraction situation and discuss what to do next.  After what happened last time, I decided to just call my midwife and see what she thought. 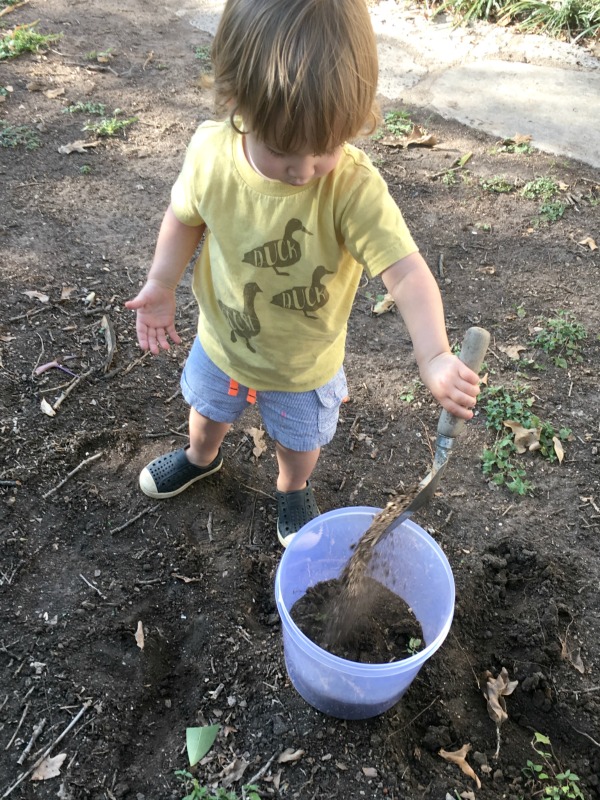 2. My midwife said that since I was having regular-ish contractions for at least one hour, and because of my last birth, I should come in. Worst case, she would send me home. Better safe than sorry.  So, Andy got home we fed and bathed Max and then devised a plan for our Max baby. We ended up calling a neighborhood babysitter to come hang with Max until my mom could make it to Austin since she lives a couple of hours a way.

3. On that note, I totally suggest having a plan A,B,& C for the siblings! Especially if you are planning on letting your body go into labor whenever it feels like it… be it dinner time with lots of traffic or middle of the night. These 2nd babies seem to come a lot quicker! Our original plan was to have Andy’s brother watch Max, but last minute he had to go out of town for work. My BFF was totally on call for backup, but she lives twenty-ish minutes away and has 2 kids of her own and it was getting close to bedtime. She was going to get the next phone call, but we gave our 2 neighborhood babysitters a quick call, and one was over in 10 minutes.

Andy and I packed a little bag, and headed to the birthing center. We stopped at Chick- fil-A for a fancy dinner to go since we were both starving. It was now 6:45pm. I was having 30-45 second contractions every 5-8 minutes. The midwife did a little check, and I was 4-5 cm and my bag of water of was “right there”… whatever that really means! It was official, I wasn’t leaving the birthing center. 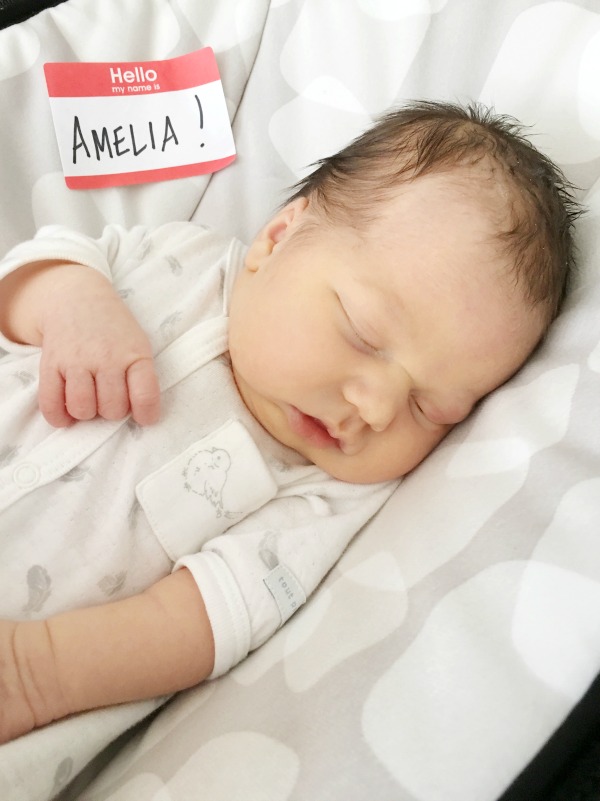 4. A contraction might break your water and gush all over you in bed. (I guess that’s better than with your in-laws at a coffee shop, like last time, ha!) Andy was scarfing down his Chick-fil-A, and I ate a few good ol’ waffle fries, and then… wham! About 6 seconds into a contraction my water busted and gushed all over me and the bed. This was something that I also learned last go around, my water breaking was not a little trickle the first time either. After my water broke, I decided to…

5. Labor in the bathtub… Something I learned about bathtub laboring is that because my body likes to labor in the fetal position, I ended up hanging out in the bathtub horizontally so that I could be curled up (versus stretching out vertically)!

6. Birth plans are just that, plans. And plans change. With that said, I ended up having a water birth! Having a water birth always sounded so… exotic. I had not given a lot of thought to the idea of having a water birth, but after about an hour of laboring in the bathtub, I felt transition start and knew this baby was coming. Andy called the midwives and there was just no time to get out of the tub, so water birth it was! After baby and placenta are out, they drain the tub, and I got out of the water to lay on the bed with Amelia. 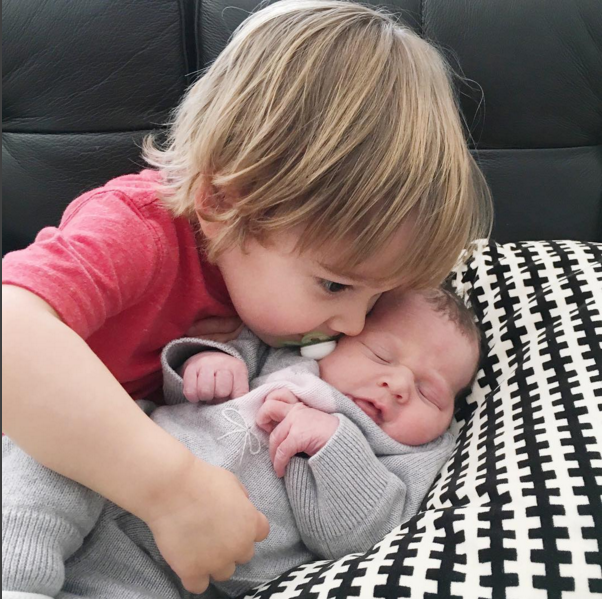 7. Two things I liked about the water birth: 1) The after birth mess is cleaned up very quickly when the water is drained. 2) Maybe this is just specific to me, but after Max I had the chills and shook after I gave birth… this did not happen at all with Amelia, and maybe it was becusae I was fully emerged in warm bath water?

8. On the whole naming a baby thing: I did a little research and discovered that in the United States, how long you have to name a baby is up to each state. In Texas, at least according to the birthing center, I had 3 days to choose a name before they were required to submit official birth records. If I did not have a name by then, they would write “Baby Girl” on the paperwork and it would be up to me to change it with social security office. We could not decide on a name, and used all 3 days to make our final choice! To be honest, Andy actually got out a baby book on day 3 and made a giant list of 17 names for us to choose from, ha! He wanted to make sure that we were being thorough. Other front runners were: Eleanor, Clara, Brooklyn, Camille, and Lillian. The final 2 were Eleanor and Amelia! Oh and if you want to name your baby something super crazy, give birth in Kentucky, there are no naming laws there! And apparently California has a ban on giving your baby a name with a diacritical mark, you know like the little accent mark over the “e” in the name, José.

Also, I read an interesting article about the William and Kate naming their son and rules on naming babies in the UK. This is also really interesting, according to wikipedia, a lot of countries have laws about what you can and can not name your child. For instance, in Denmark you have to choose from an approved list of 18k female names and 15k male names! (I mean that seems like plenty, but who knew?!) Back to our sweet baby girl…

Amelia was born at 8:30pm on March 1st! So from 1st contraction until birth was only about 4.5 hours! We were required to stay at the birthing center for 4 hours, and then headed home at 1am. It felt good to “sleep” or at least rest in our bed. And that also meant we got to be with Maxwell when he woke up the next morning. I think I am going to write a post about introducing Max to Amelia, it was one of the cutest things I’ve ever witnessed 🙂

Oh and for the 8 more things I learned about giving birth check out my son’s birth story! (You might throw up during labor, who knew?!)