Just for a second, let’s pretend it’s November 1st and then this post would be right on time and not 5 months late, ha! With that aside, my friends are crafty and I wanted to share all of their costume greatness. Even if it is March. I did a little facebook stalking on Halloween and came across all of these clever ideas that needed to be shared! So, I give you lots of homemade Halloween costumes for adults!

2011: Andy moved to Florida and I went to Marfa, TX with my friend, Rachelle 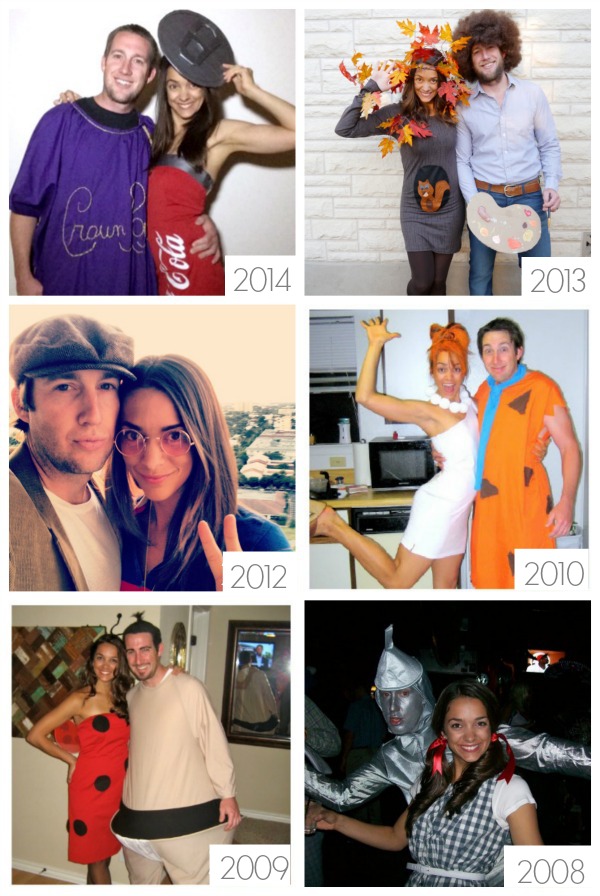 Eleah is a pouf and her husband is dirty… She has to clean him, ha! Love it! Freakin’ genius. 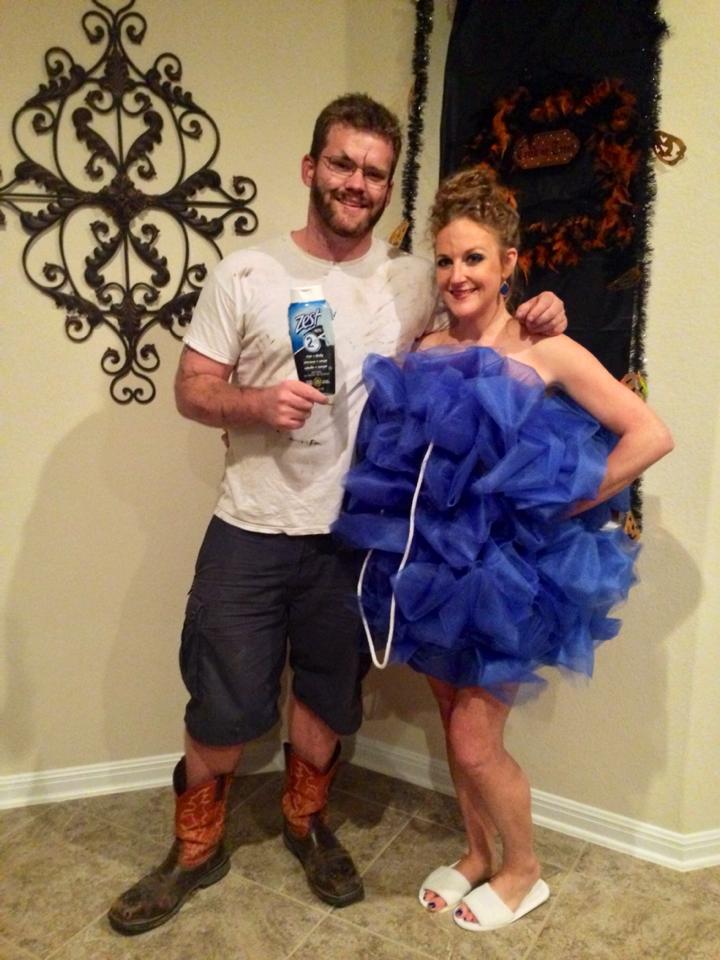 2. A hole in one pregnant couples costume

Kate and her husband are expecting a baby boy… Congrats! And how fun is this hole in one pregnant costume?! Kate made a necklace out of felt, a paper straw, and cardboard. She glued green fur to a dress to make it look like grass. Awesome!

3. Bee and the bee keeper costume 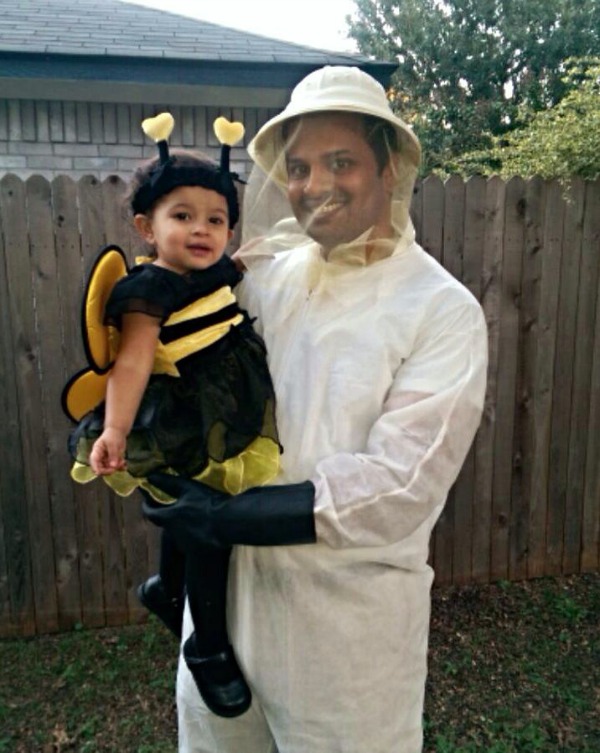 This punny costume is clever and easy! 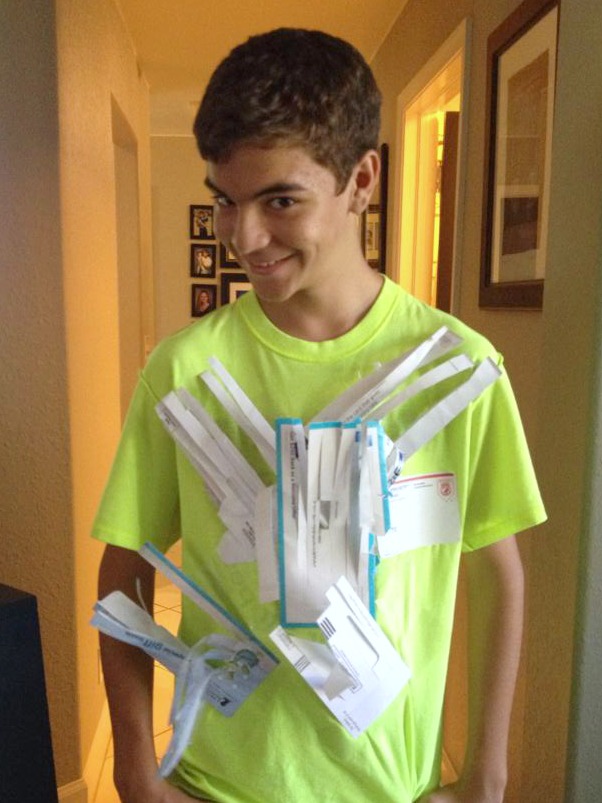 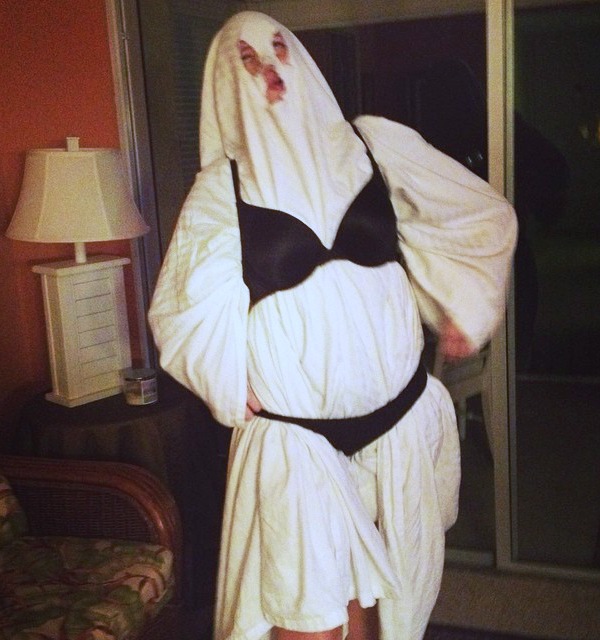 Here’s a clever, punny costume I bet you’ve never seen… a Duck billed Plaid-ypus! Get it? 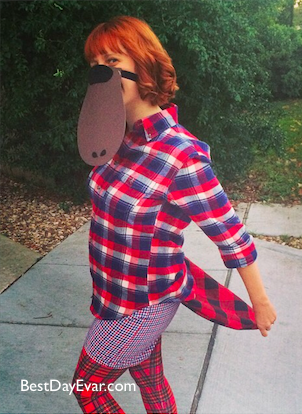 7. Tree Frog and a tree costume

If you’re looking for a sweet mom and baby costume this tree frog and tree made by Becky could not be any cuter! 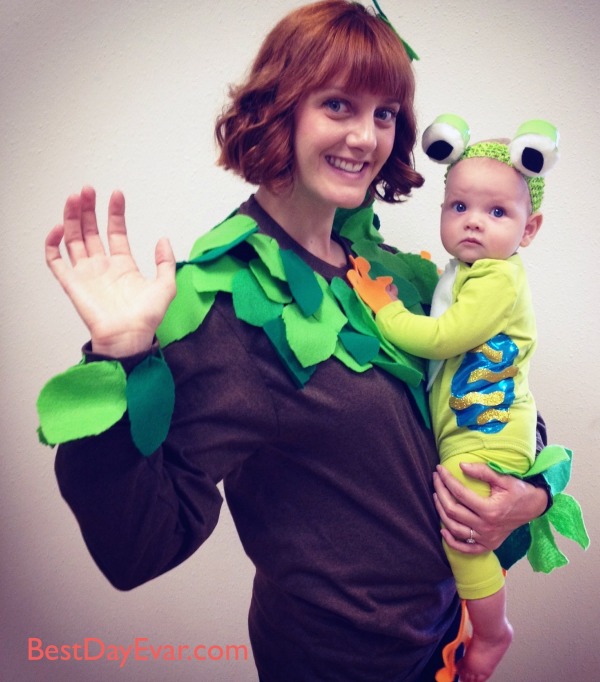 If you’re looking for an easy 90’s costume to throw together, consider Garth and Wayne from Wayne’s World circa 1992! 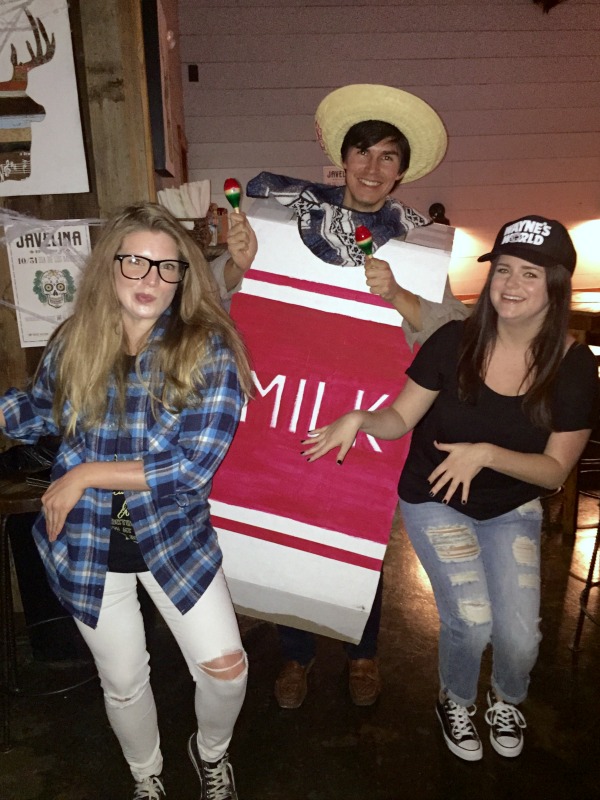 And while this is not an adult costume, it’s a stinkin’ cute DIY baby scuba diver (He even had a shark stroller!) 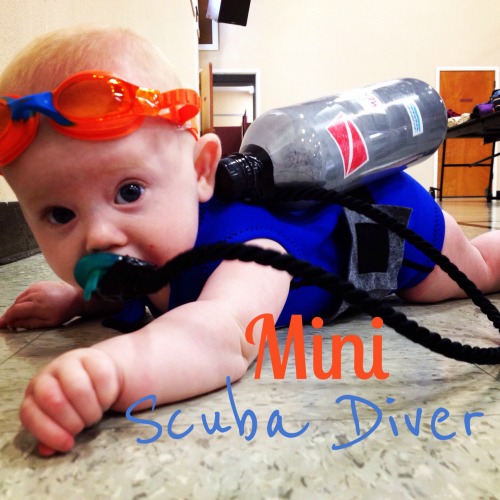 Did you see any really awesome DIY costumes that I need to know about?! What were you and/ or the fam for Halloween this year? I’d love to hear…