If you remember, I announced the super exciting engagement news in the sparkly ring finger post, back on October 18, 2011. At the time, the BF had already moved to Florida, while I was waiting to finish up grad school in Austin in December. In that post, I laid out 5 love celebration (wedding) options that we were considering. What we ended up doing was not exactly any of those options (maybe a combo of 2 & 3, with a possibility of 1 happening at a later date). But, we did do exactly what we wanted. Certainly answering to our friends, family, and co-workers as to why we chose this path has been, well… interesting. Many think we’re nuts (and we kind of are), some are in disbelief, but all are happy for us and hopefully, none feel left out.

Nothing we did was conventional, but everything we did was perfect, at least perfect for us. We had many of the typical parties and ceremonies, just not in the right order, or with big groups of people. (This is why I kind of say we did option 3 from this post.) First up, surprise engagement party. The first one was the day after we got engaged at our friends, Natalia and Ryan’s house. We had planned on hanging out to watch a football game, when they found out we got engaged… they got us a cake, Andy a cigar, and we toasted with champagne. We had our second engagement party in Florida. This was was also fairly spur of the moment, with my NY girlfriends, and Andy’s boss. We ate at a yummy restaurant in Miami called Zuma and celebrated by dancing the night away! Andy is quite the dancer (in a good way), I wish I had a video to show you his moves. 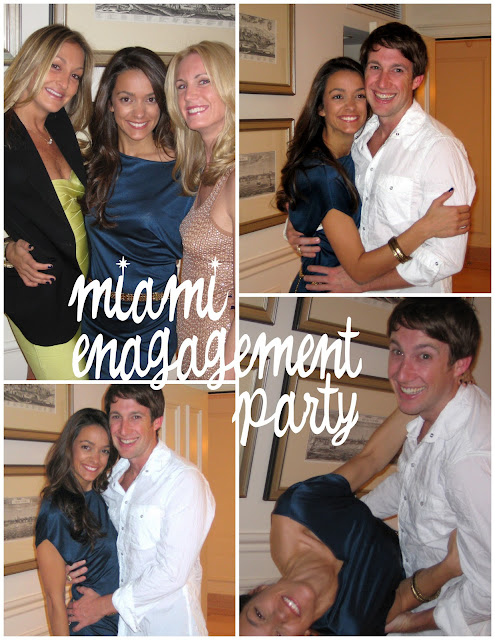 The next wedding related event was dress shopping. I was in NYC for the weekend to visit my child hood best friend, Tina.  While she was at work, I was doing what I love to do… walk around the city. I frolicked into H&M were I found my wedding gown for $24.99. I still wasn’t sure how, when, or where we were getting married but I had a dress! I went to lunch with Tina and her mom that day, and they both told me I was not allowed to wear that dress, ha! Days before the official ceremony we found “the dress” in St. Barths (more in Part 2). The belt is actually a headband Rachelle and I found at Anthropologie to jazz up this dress. I’m so fancy. 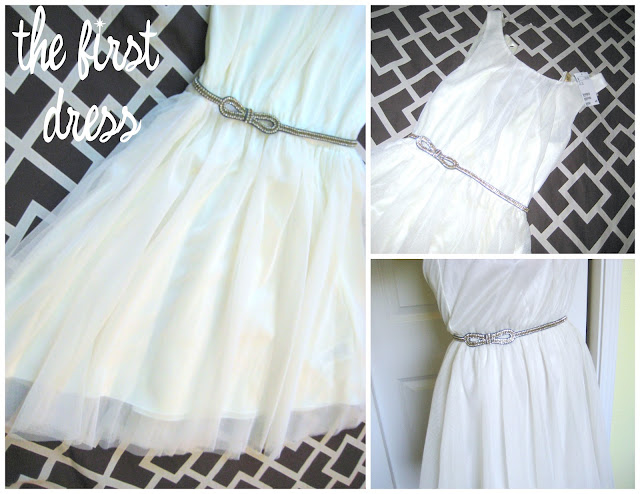 Rachelle was determined to have a bachelorette party for me. I agreed, if and only if, it was less than 3 people. It was Rachelle, me, and our friend, Eric. It was so fun! We did a very Jamie style bachelorette party with activities including a pizza picnic on the roof with wine from boxes, champagne toast, bachelorette sashes which led to karaoke at Ego’s, and dance party at Barbarella. Yes, that is a penis ring pop in my hand… that makes it an official baccalaureate party, right?! 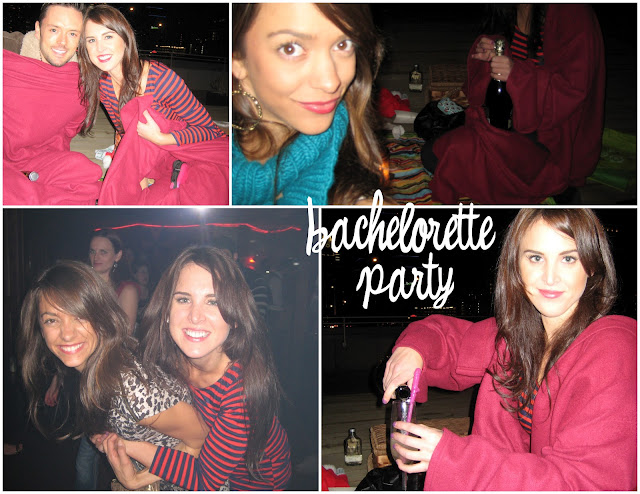 Did you have a traditional wedding with all of the events? Looking back the only thing we did not do was a bridal shower, and Andy did not have a bachelor party. Although, I think that is in the works… those boys just take a little longer to plan things. My girlfriends are speedy! Tuesday I’ll share the second dress hunt, the diy bridal portraits, and a second bachelorette party that happened last minute in an exotic locale.

Psst… Here is the whole wedding saga if you’re interested: the wedding announcement and plan is here, and then Part 2, Part 3, Part 4 of the living room ceremony. You can find more on the wedding after math here: DIY thank you cards, how to change your last name, and the super simple wedding scrapbook.
« Rental Trick #2: 3M picture hanging strips
My Digital Dog Ear »