Halloween with a toddler is the best thing ever! How come nobody told me?! I really didn’t think Maxwell would care that much about trick or treating. He almost did not even get to go, but last minute we decided to just trick or treat at the neighbors after we got home from a block party at 7:30. He. Loved. It. Running up the sidewalk, climbing the steps, banging on the door, and saying “pease” when someone opened the door. Then sticking his tiny paw in the big bowl and fishing around for that one special piece. He knew what he wanted, even though he’s never had a single piece of candy, ha! And he did not want to be handed a piece. He wanted to choose. Then he said “Tanks”, waved, sometimes blew kisses, and ran down the sidewalk and on to the next house! We ended up trick or treating at about 20 houses and staying out until 8:45pm! Trick or Treatin’ party Waldos! 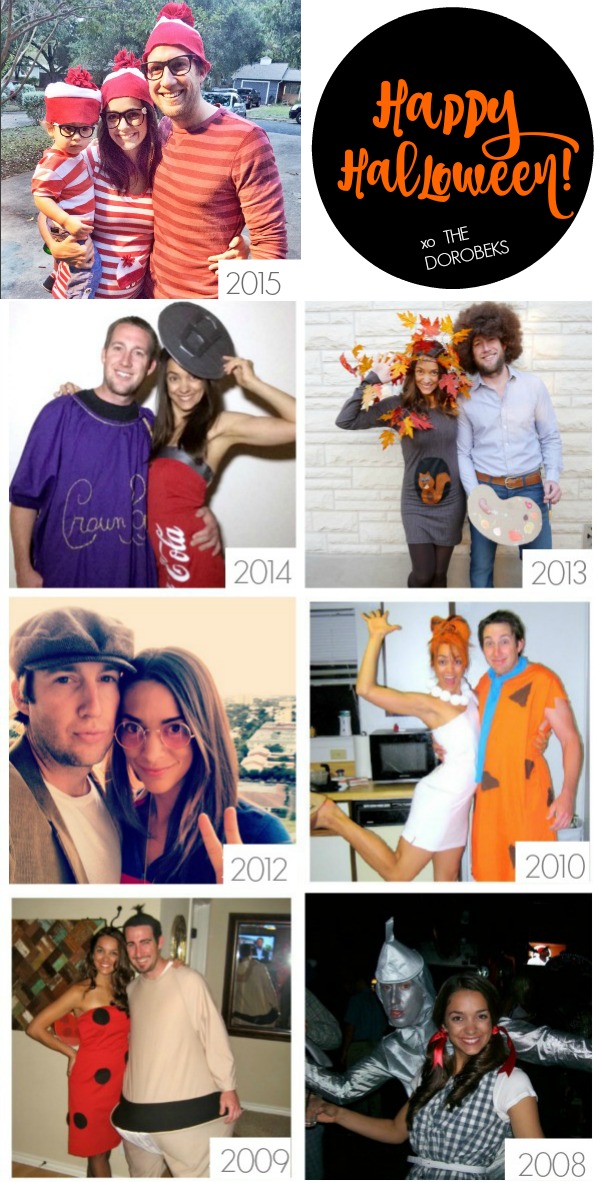 Here’s the rundown of our Halloween DIY costume shenanigans:

2011: Andy moved to Florida and I went to Marfa, TX with my friend, Rachelle.

1. Kanye and Kim: Andy was going to attempt to be Kanye, but he felt terrible on the Friday before Halloween so I ended up going to the party sans Kanye. But, right before I left, I dressed Max up in Kanye attire just for fun! 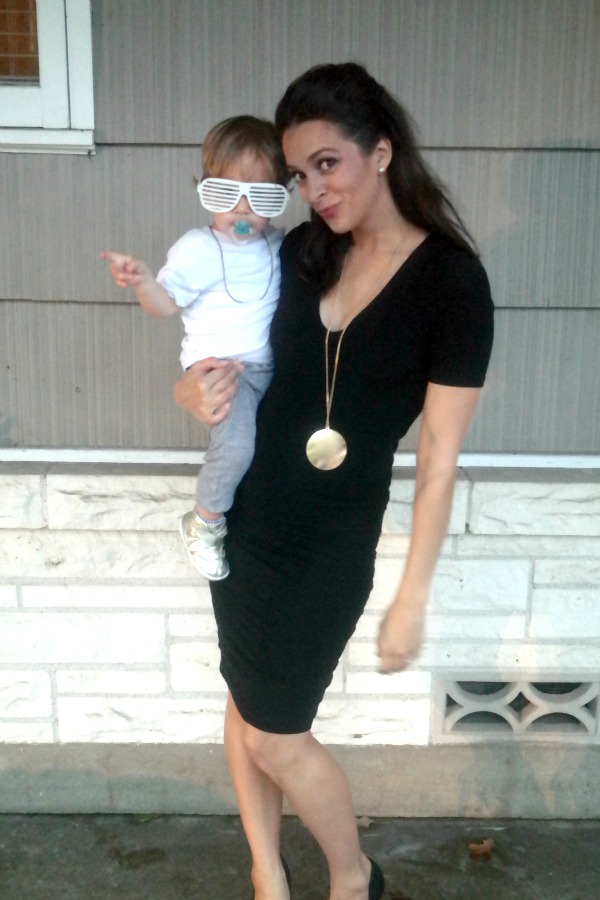 2. Kim Kardashian: Bump is real, bootie is bubble wrap. And yes, it popped when I sat down, ha! I also made us presidential buttons that said “Yeezy for Prez 2020!” Hair and make up was done by my bestie, Annie! I am a terrible makeup artist. And I’m not going to lie, that Younique 3D fiber stuff does some amazing things to your lashes. 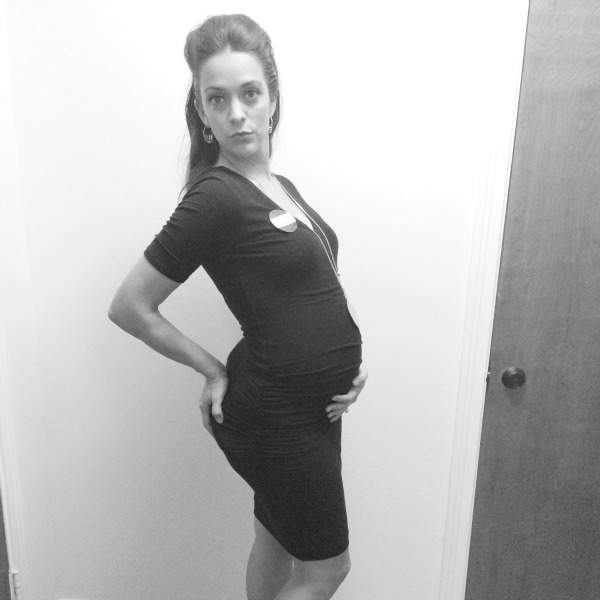 3. Piñata and a piñata hitter: The piñata is made out of Post-its, duck tape, and old t-shirt and pair of shorts! Tyler, the maker of the Post- It note piñata costume, shares his key tips: 1. start from the bottom of the shorts/shirt 2. Overlap so you’ve got about 1″ of each square showing 3. Curl them up once finished. Genius, friend, genius! 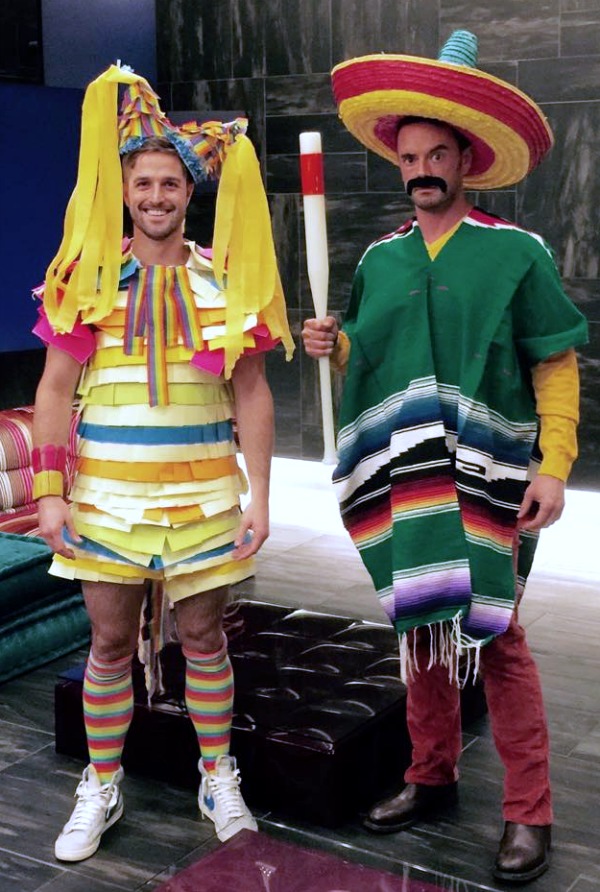 4. Red Dress Emoji Girl and an adorable scarecrow: Drew is the cutest red emoji ever! She said she found her dress on etsy! 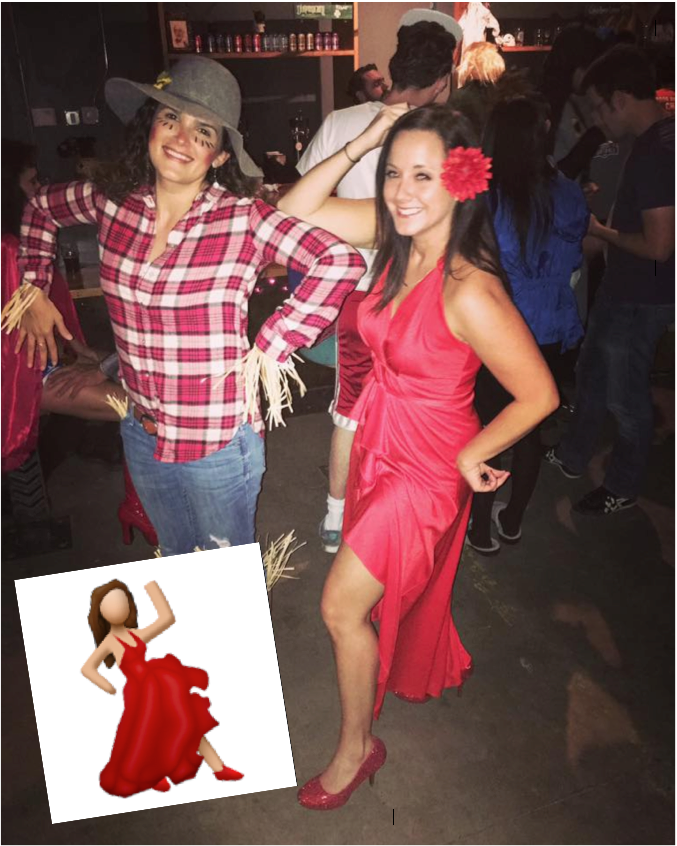 5. Lifeguard, Beach bum, Shark, and baby announcement: How cute is this?! Kate also happens to be the genius behind the Hole in One prego costume from last year! 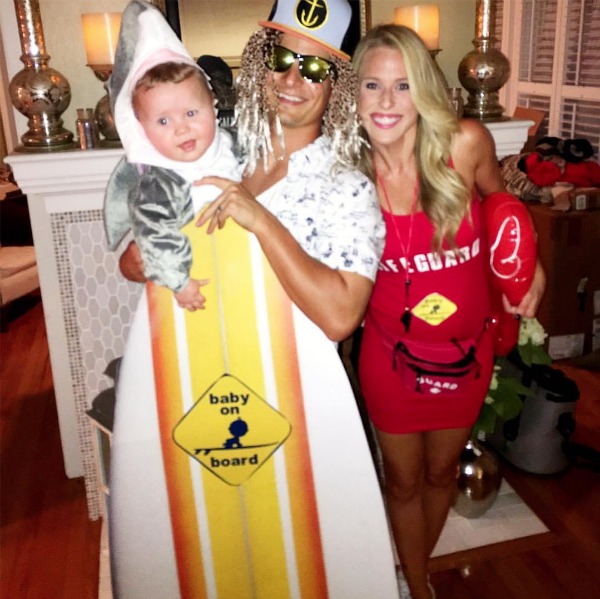 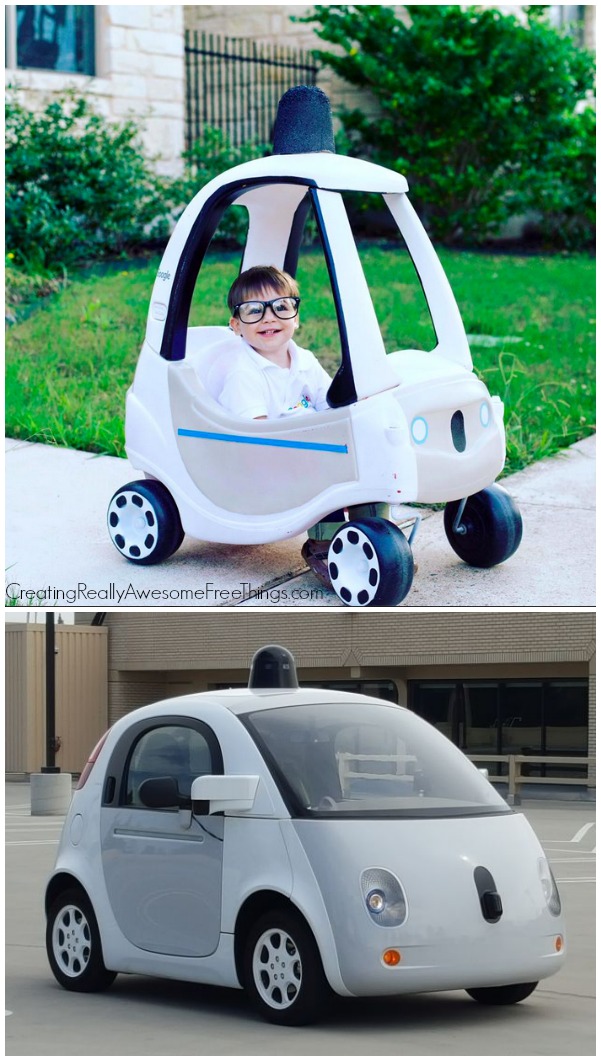 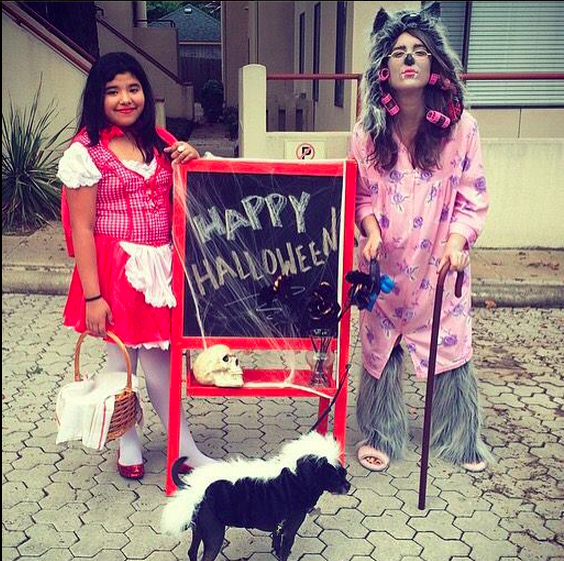 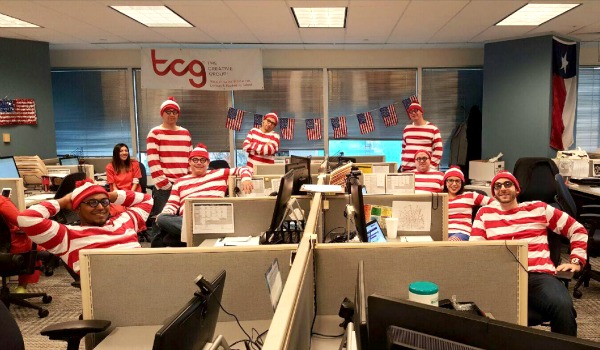 I wish I would have taken more pictures at the Halloween party on Friday night! There were lots of fun costumes including a Bob Ross and Happy Tree, always love to see that one! Did you see any amazing DIY costume ideas?! I’d love to hear…

« Patriotic Crafts
How to make a wreath »