Yep, today’s post is about DIY stick figure costumes from Halloween 2014! Better late than never, right?  You can pin it now, and thank me later! So, the stick people idea has been lingering in my head since 2012 when I bought the black one piece spandex things for Andy and I. I attempted to stitch the glow sticks to the outfit a few hours before we were supposed to leave and well, that was an epic craft fail. Not to worry, we whipped up a 70 year old and a 70’s girl costume in 5 minutes flat and Halloween-ed it up!

, ha! (We went as Bob Ross, Happy Tree, and a squirrel) So, Halloween 2014 I was bound and determined to figure out these stick figure costumes! It worked, but there were issues. Here’s what you need: 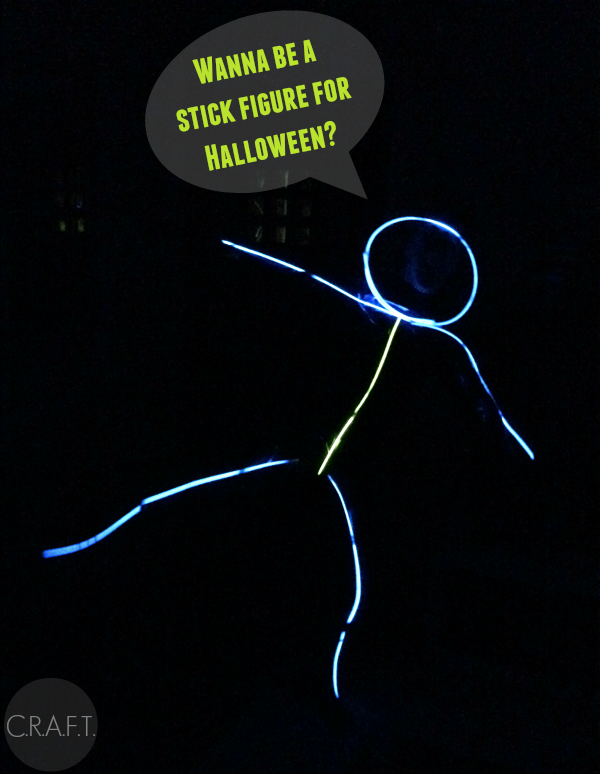 In theory, it’s really easy… Just layout your black attire and use your clear packing tape to tape on the glow sticks in a stick figure shape. Now step into your masterpiece and tape on your stick head. I literally just taped it to my forehead and chest. So, in the dark, your stick figure is awesome. See below. But, in the light, you look like a hot mess. This costume is perfect if you’re a kid and running from house to house in the dark or an adult attending a Halloween party where you are 100% sure it will be very dark. A few other things to consider: 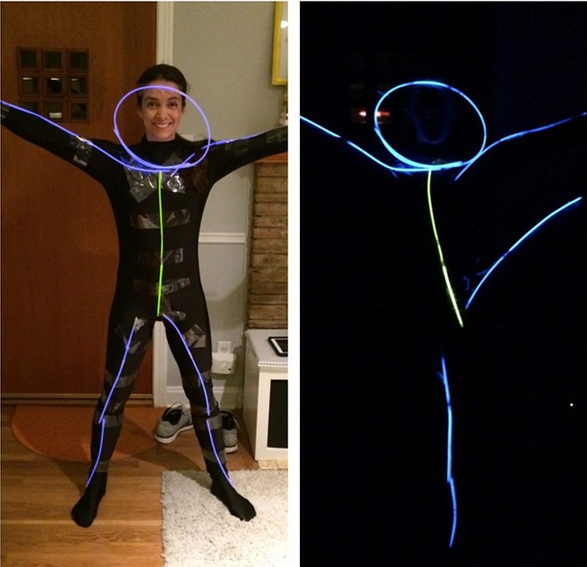 Here is a close up of how much tape I used on my chest: 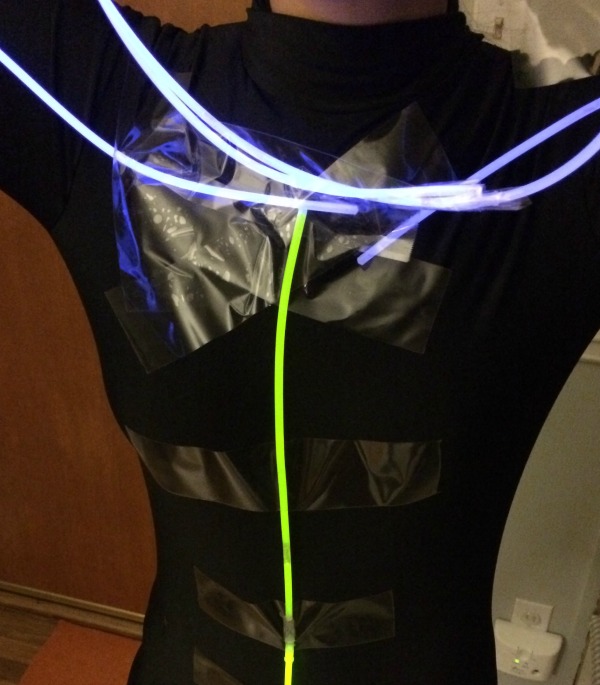 And to see the DIY glow in the dark stick person in all of its glory, watch and listen to the crazy crinkle sounds you make:


In the end, I decided to ditch the glow in the dark stick figure costume and put on my can of coke costume from the night before! I love the idea, but it is not the most practical costume I’ve ever made! In conclusion, this is an awesome last minute costume idea for a kid who is going to run from house ot house in the dark and is not self conscious about spandex!

And if you want more Halloween costume awesomeness, check out these posts: