P is for Pig, of course! Max loves the book, If You Give a Pig a Party

, and his oinking skills are pretty adorable, if I do say so myself! 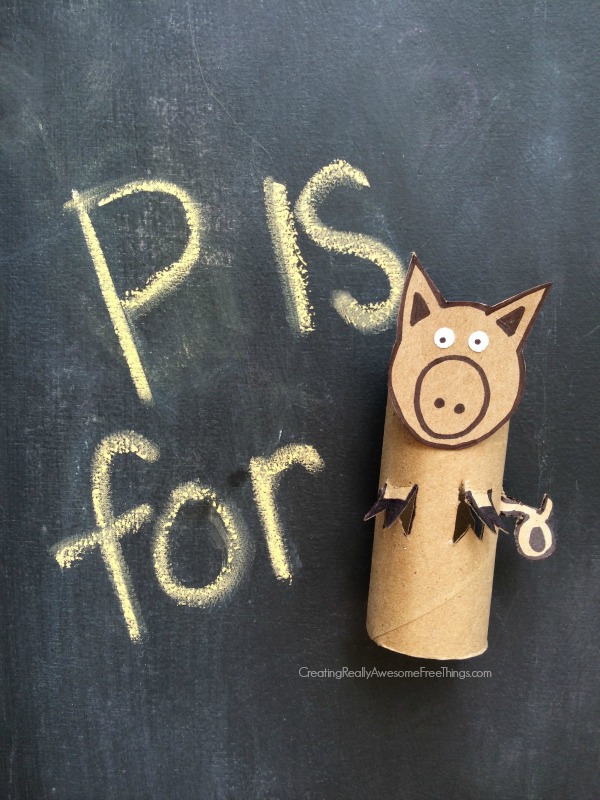 First, use a pencil and doodle a pigs head on the back of a cereal box. A circle with two triangles at the top will make a perfect pigs head. The lid of a milk carton is a good size for a pig head if you are looking for something to trace! Then, use a black marker to trace over the pig’s head and cut it out with scissors. Add a snout and two smaller black triangles inside of the ears. Now, it’s time to finish up the pig’s body. Use the black marker to make hooves and a tail and then carefully cut them out of the pig being sure to leave the limbs attached the the toilet paper roll! Add 2 hold punch eyes to the pigs head, and voila! Cutest little piggy you’ve ever seen!

Here are the other animal toilet paper roll crafts in the alphabet series:

And now for a few fun facts about pigs: