R is for raccoon! I remember being scared to death by raccoons when I was little. They would come right up to our backdoor and eat the cat food! I quickly learned that it was worth the extra 10 seconds to turn on the light and peek out the window before opening that door. 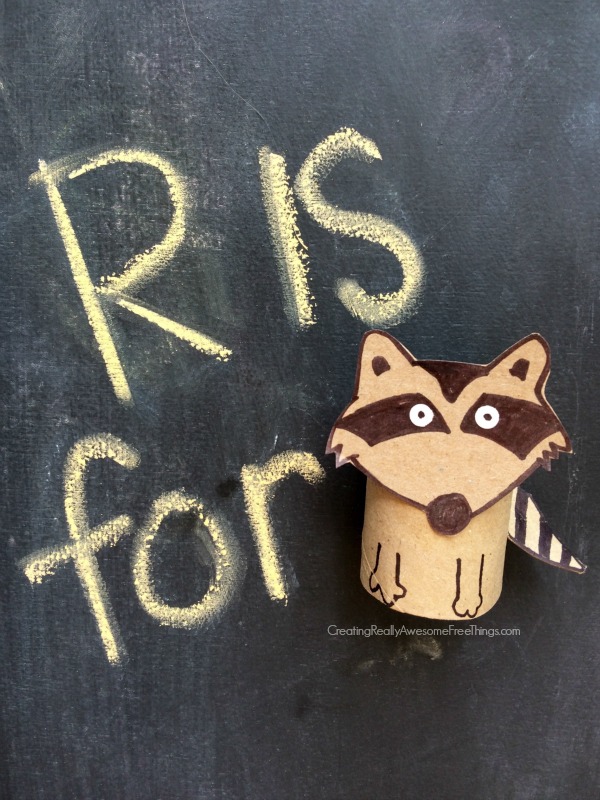 First, cut the top 1/2 of the toilet paper roll off. Save that half, you can use it to make more creatures! Now, it’s time to make the raccoons head. I decided to include a super simple picture of how easy this head is to draw! Clearly, I’m no artist! First, draw a horizontal oval with a pencil! Pencil is key. Then, add a pointed bottom to your oval with a circle nose. Next, add two small triangles to the top of the oval and give the little raccoon a few whiskers. Don’t forget to erase as you go. Lastly, fill in the details and outline with a black marker! Now, cut the raccoon out of the cereal box and give your self a pat on the back! 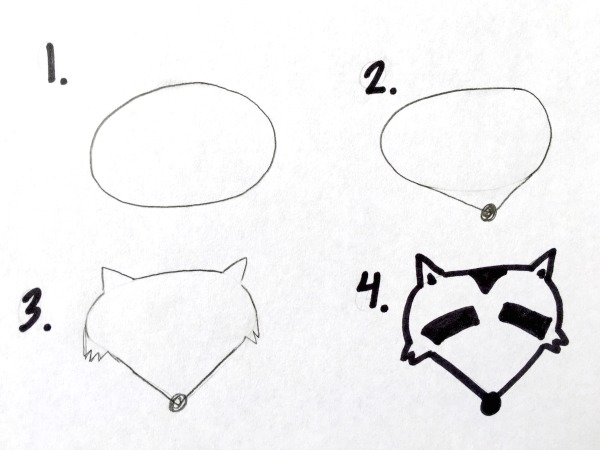 Once the head is made, I just used a black marker to draw on 2 arms. Then made a large striped tail and cut the tail to make it stick out. Easy peasy!

Here are the other animal toilet paper roll crafts in the alphabet series:

And now for a few fun facts about raccoons:

Next Tuesday I’ll have a letter S toilet paper tube creature ready for you! There are so many fun S animals, what should I make?! Snake, shrimp, sloth, squid, seal, squirrel, swan..!

« Jelly Bean Crafts for Kids
How to Hang Computer Screens »